Hey folks just a quick one really , I just wanted to share my January wips .. a few ideas that have been rattling around my head a while finally came to fruition..


I have been wanting to create a bunch of theatre types for quite  a few years now .. a combination of researching medieval and Greek pageantry  and having  a little background in stage set design . Ridley Walker is the catalyst , recommended to me by a friend a few years back , this book has become a corner stone of my literature. Influencing the mouldy warps and now the first part of a trilogy of  post apocalyptic 40k theatre .

I really wanted to make a bottler too some one who takes the money and works the crowd..
I started a few models and if i finish them i will pop them up.

The professor  or punch man with his stage 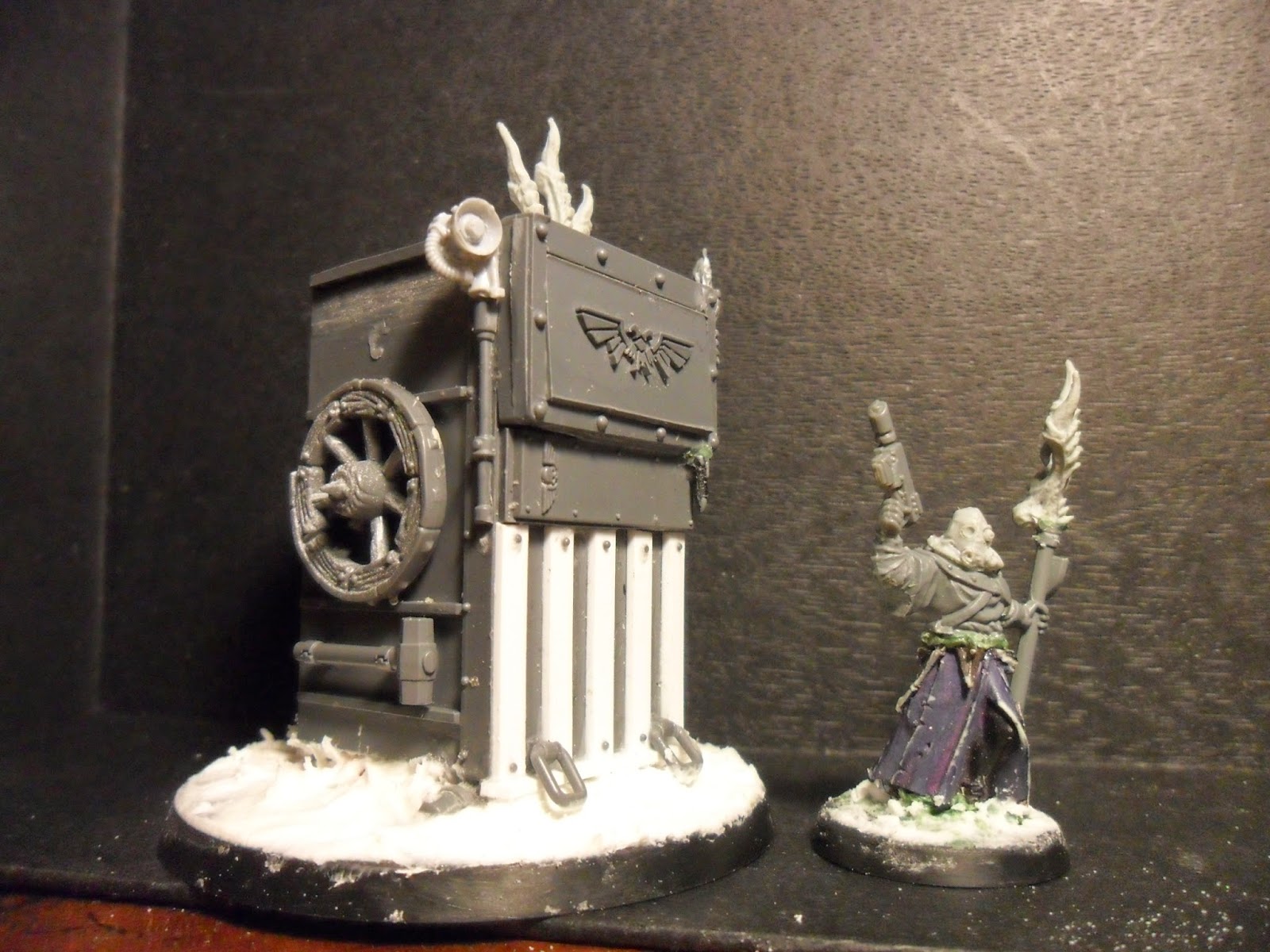 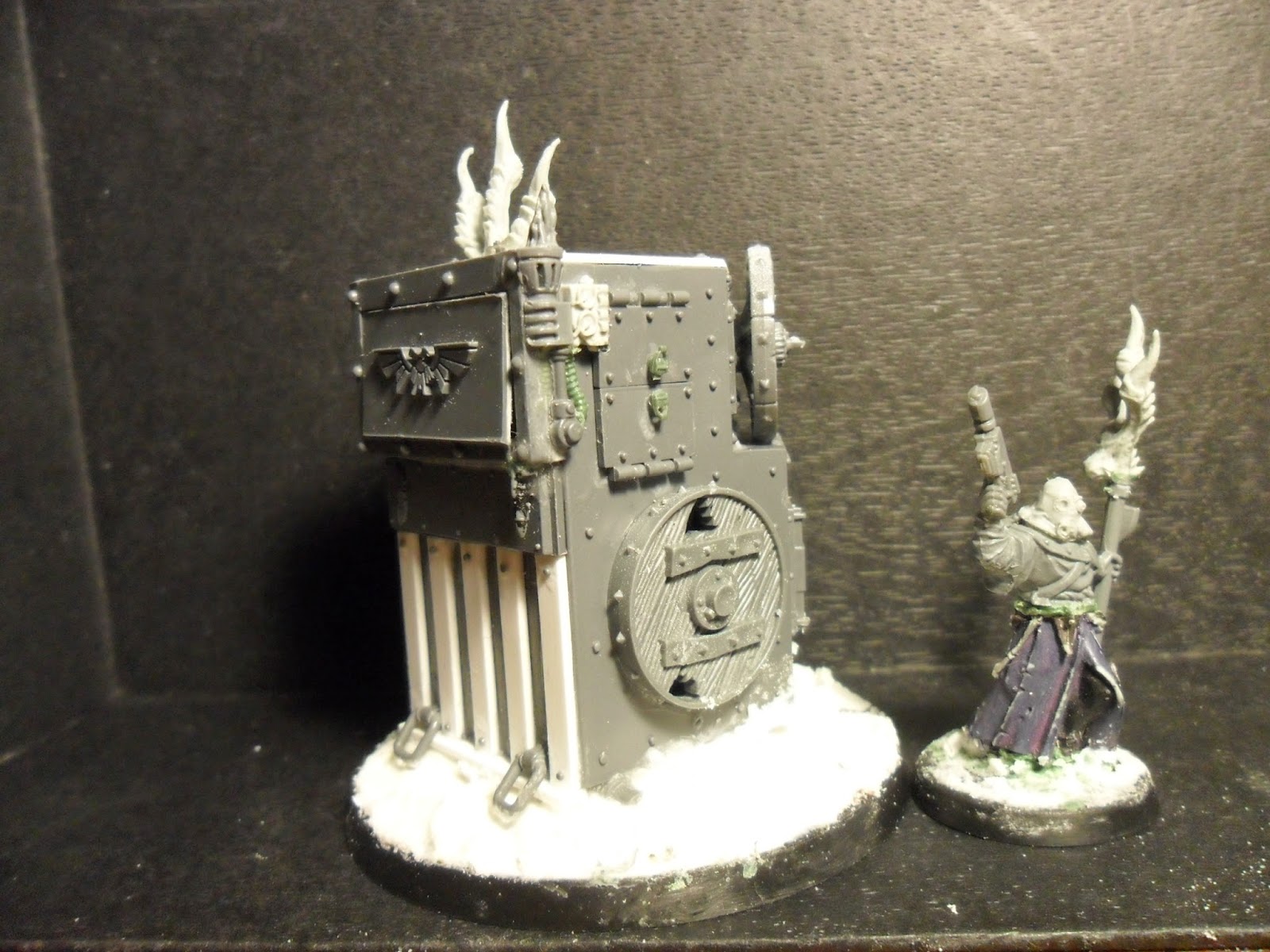 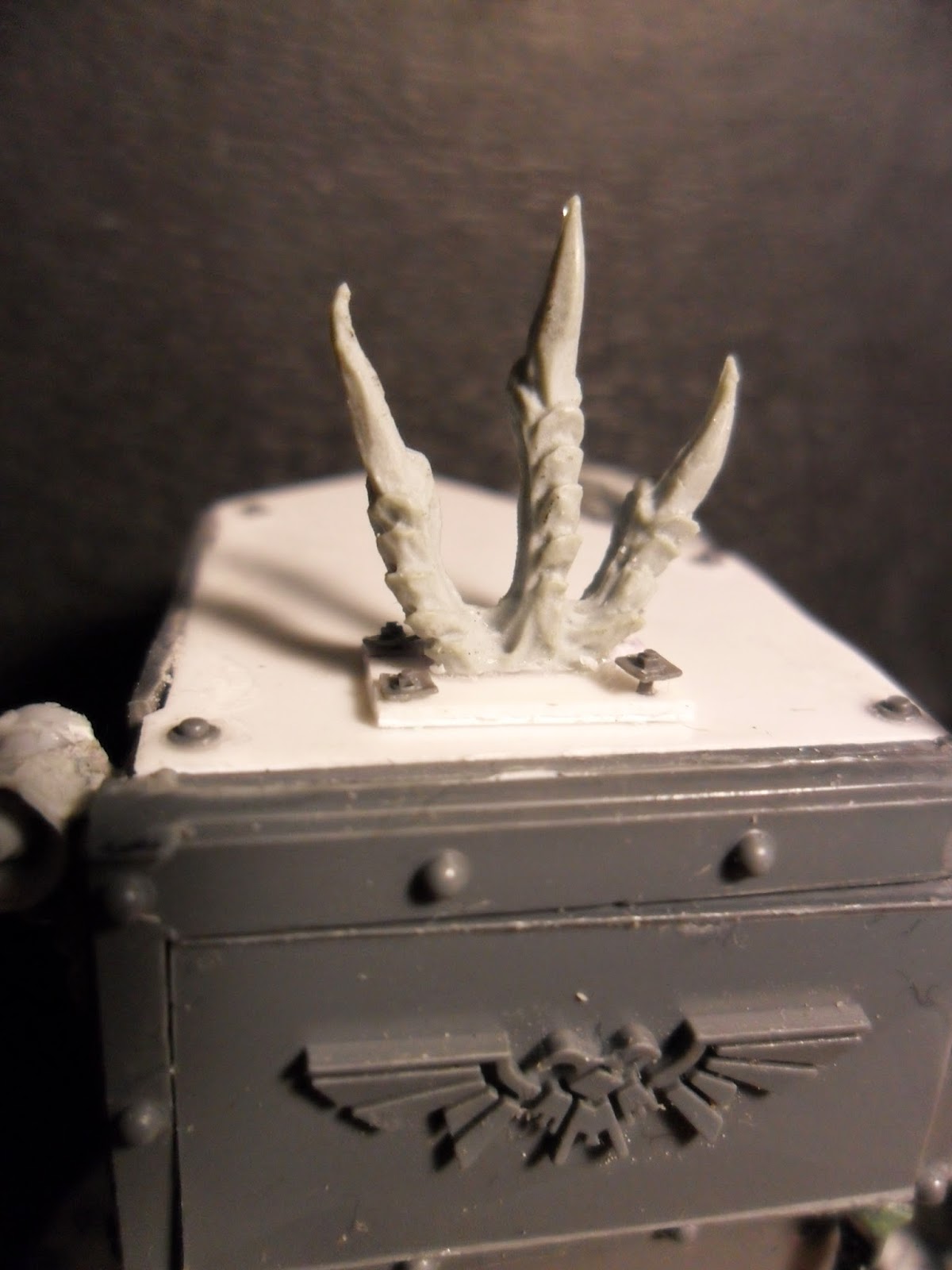 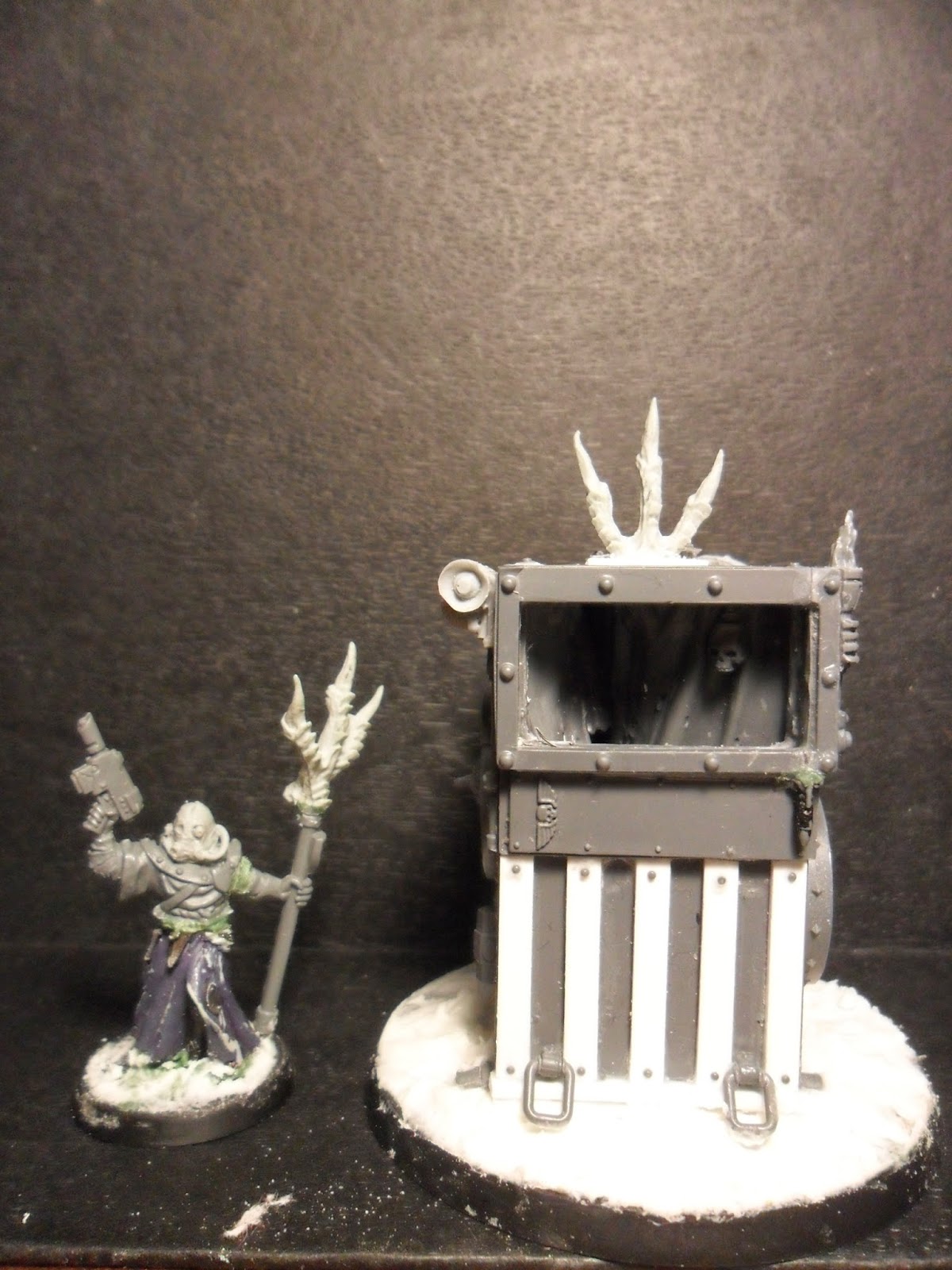 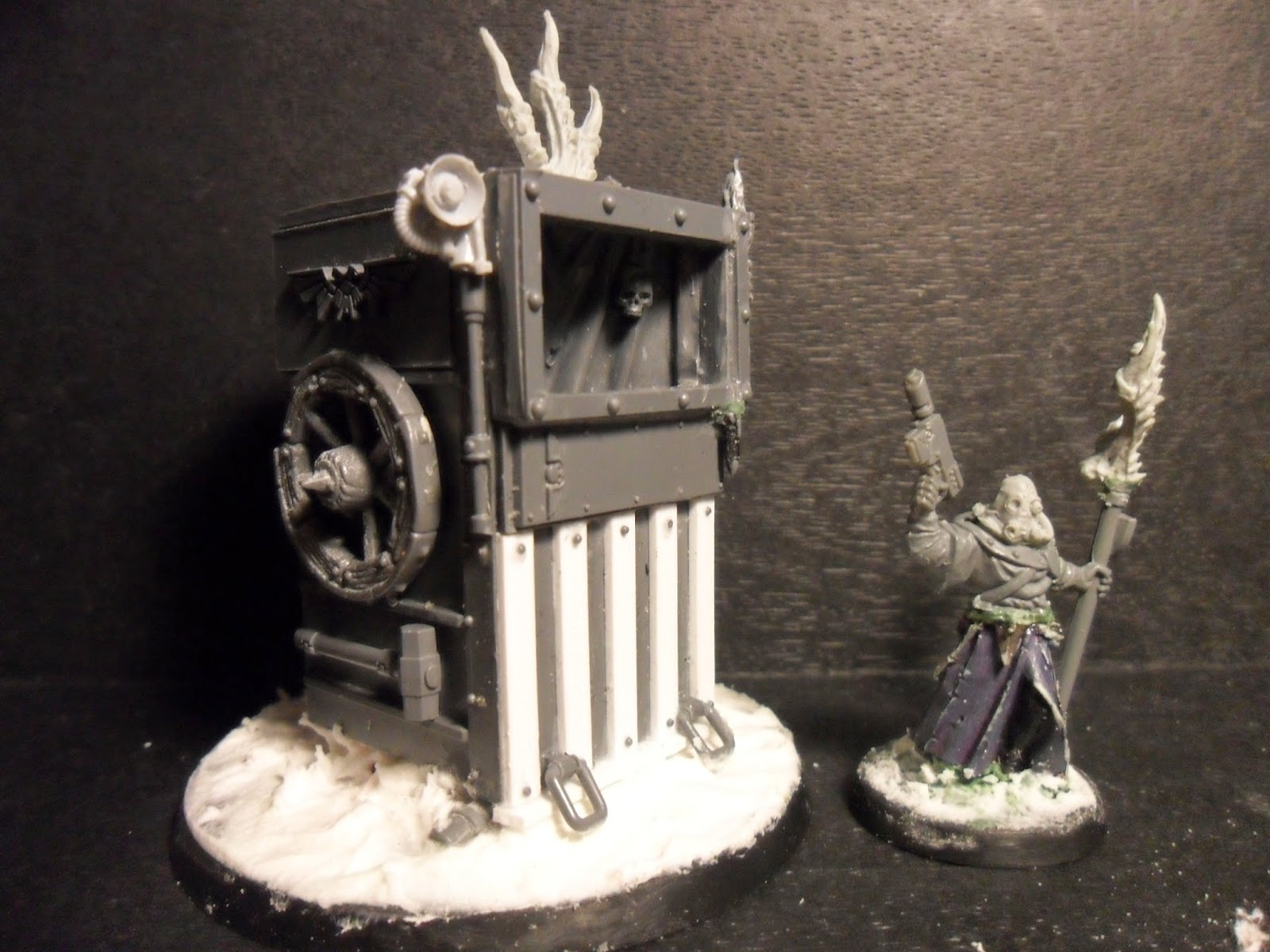 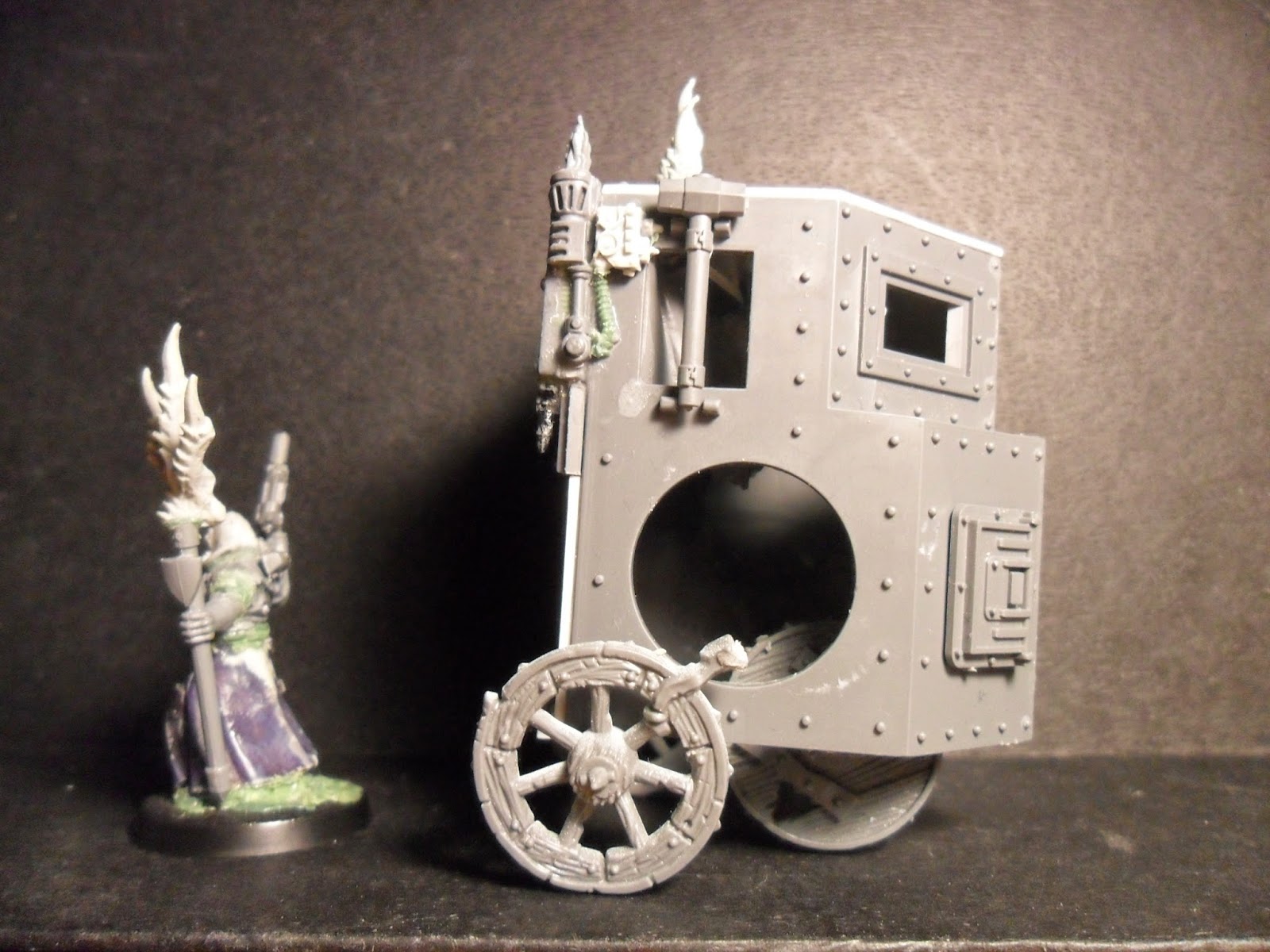 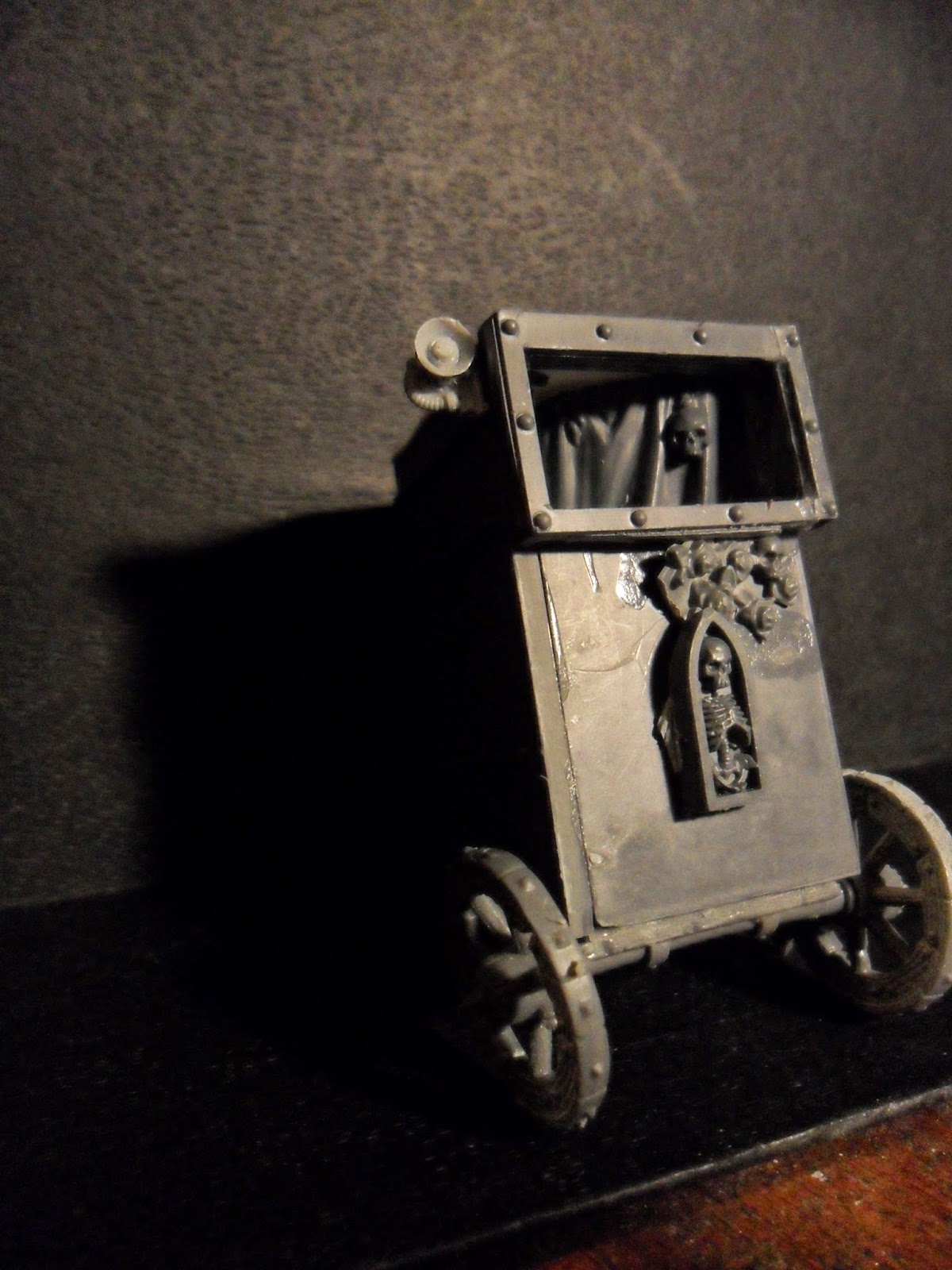 I wanted to get away from his grubby look so i dressed him in the finest Garemnts of the Cydonian Nobility and gave him a cydonian slave  guard.

Cydonia is a planet in the phrellian sub that PDH and I came up with a few years back when Commisar Molotov was flesshing out The dhaltus sector .. a real gem of an idea that deserves more consideration from me i think.

Cydonia
Civilised World (Phalanx Planetary System)
A civilised world in the Phalanx system, though considered a pleasure world by the nobles of the system. Those nobles who have also visited Arcturus know it is not even a pale comparison to a real pleasure world.
Members of the Phrellian elite rent vast estates on Cydonia that comprise of beautiful villas, palaces, manicured gardens, slave camps and various heavy industries. The distinct areas of these estates are divided with sound dampening technology and heavily guarded walls. Vulgaris slaves toil away their lives for their uncaring owners. With the vast legions of slaves, millions strong, the PDF are also the planetary enforcers, though generally referred to as slave masters. The PDF are rented to the slave owners in exchange for produce or simply hard currency.
Areas of the planet have been given over for entertainment and the main cities have the best theatres, fighting pits, slave markets and pleasure domes in the sub-sector. Areas of the planet have been turned into vast parklands and hunting grounds, all the entertainment on Cydonia is part owned by the planetary governor.
Those born free and educated on Cydonia are often gifted diplomats. Cydonian diplomats are much sort after and they travel the sector brokering deals for the various cartels, corporations and even between planets.
Until recently Cydonia was ruled by House Kel-Rosber until the entire clan were deposed and executed by Inquisitrix Benadice. The new planetary lord is ????, is heavily influenced by his advisers Navigator House Voltaire. Whispers persist that the navigator house are the power behind the throne and orchestrated the initial investigation into House Kel-Rosber.
“You have as many enemies as you have slaves” common Cydonia saying. 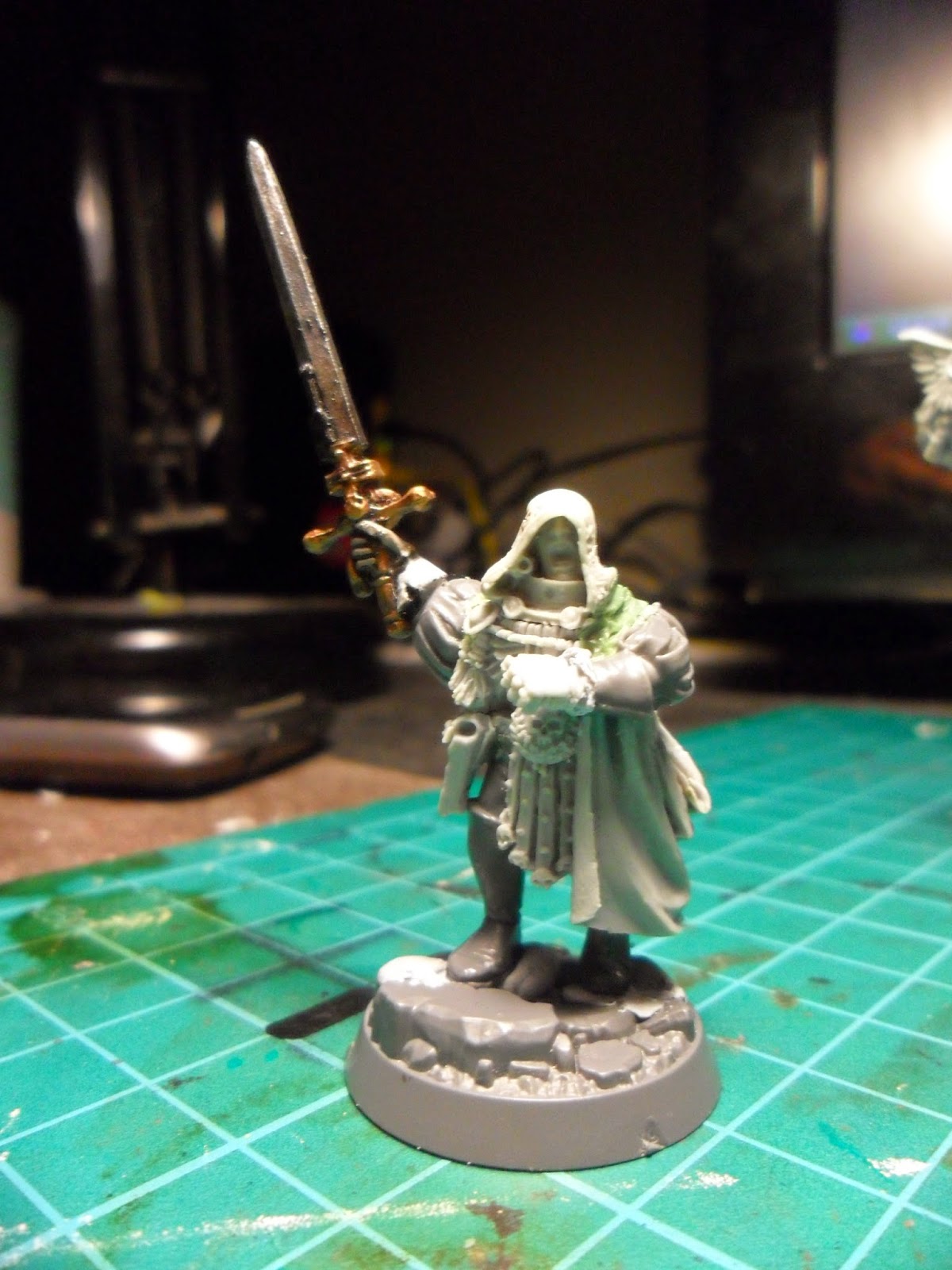 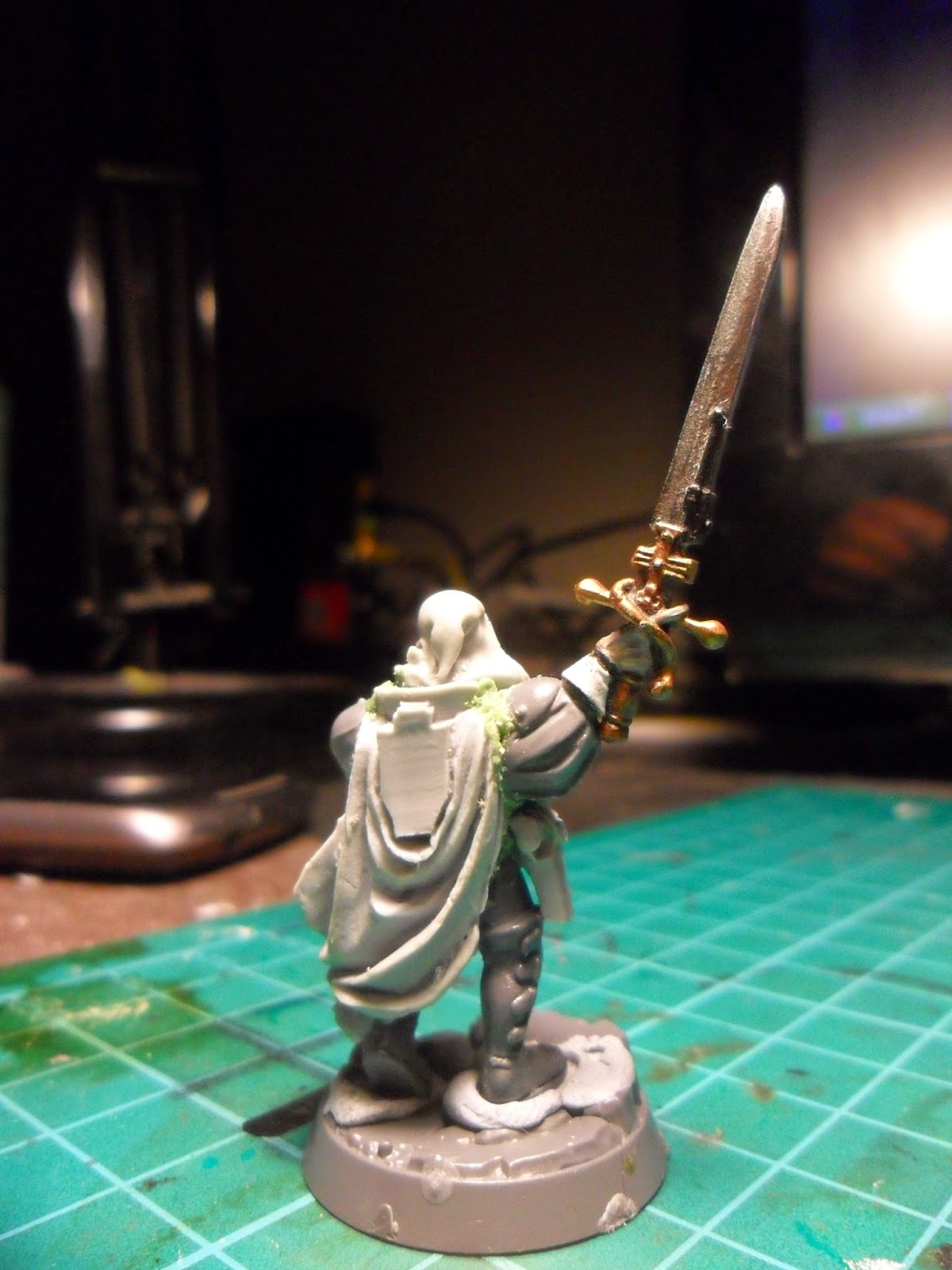 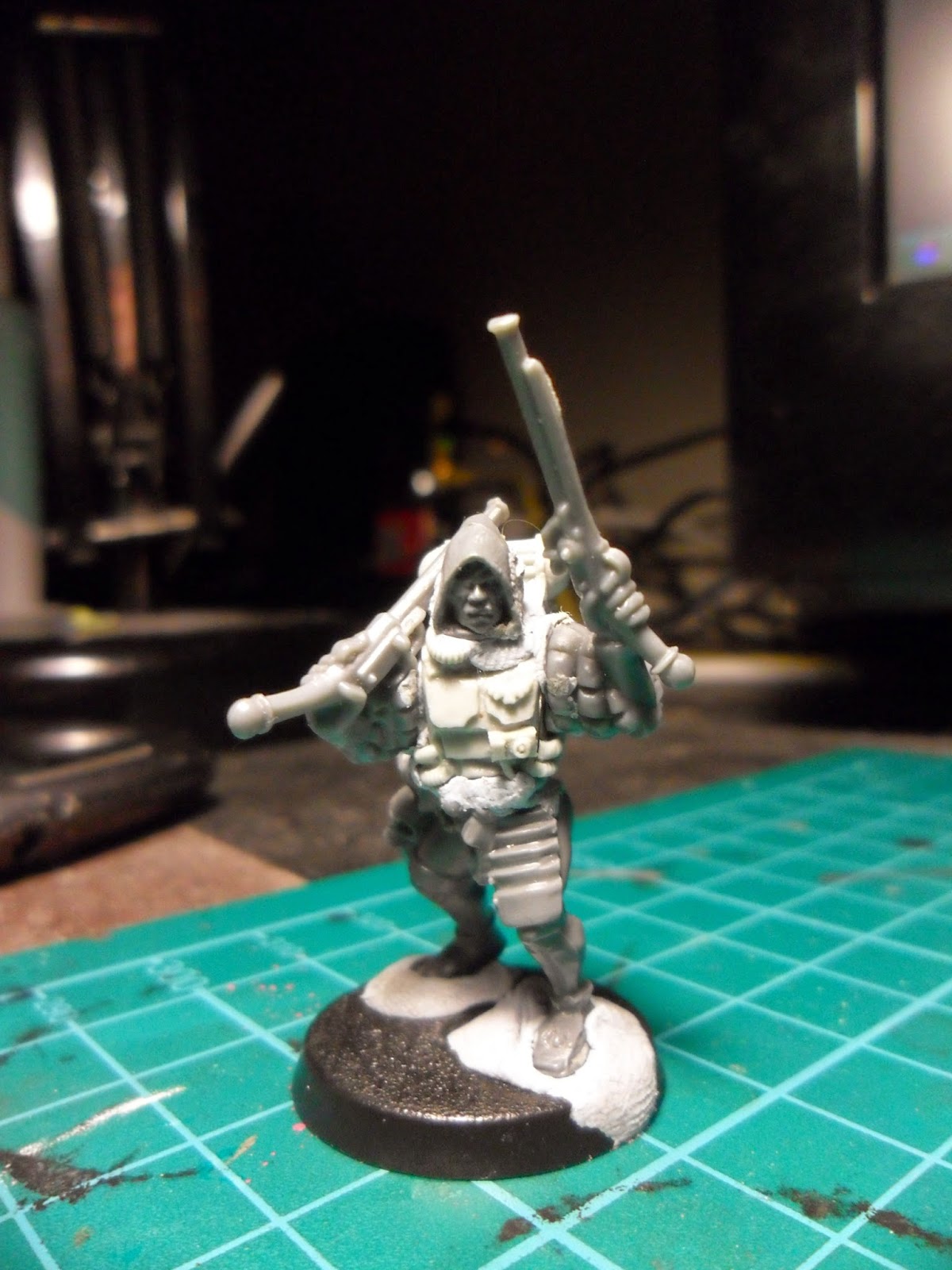 and finally i made this just before Christmas , its a terran terra watte technocrat warrior 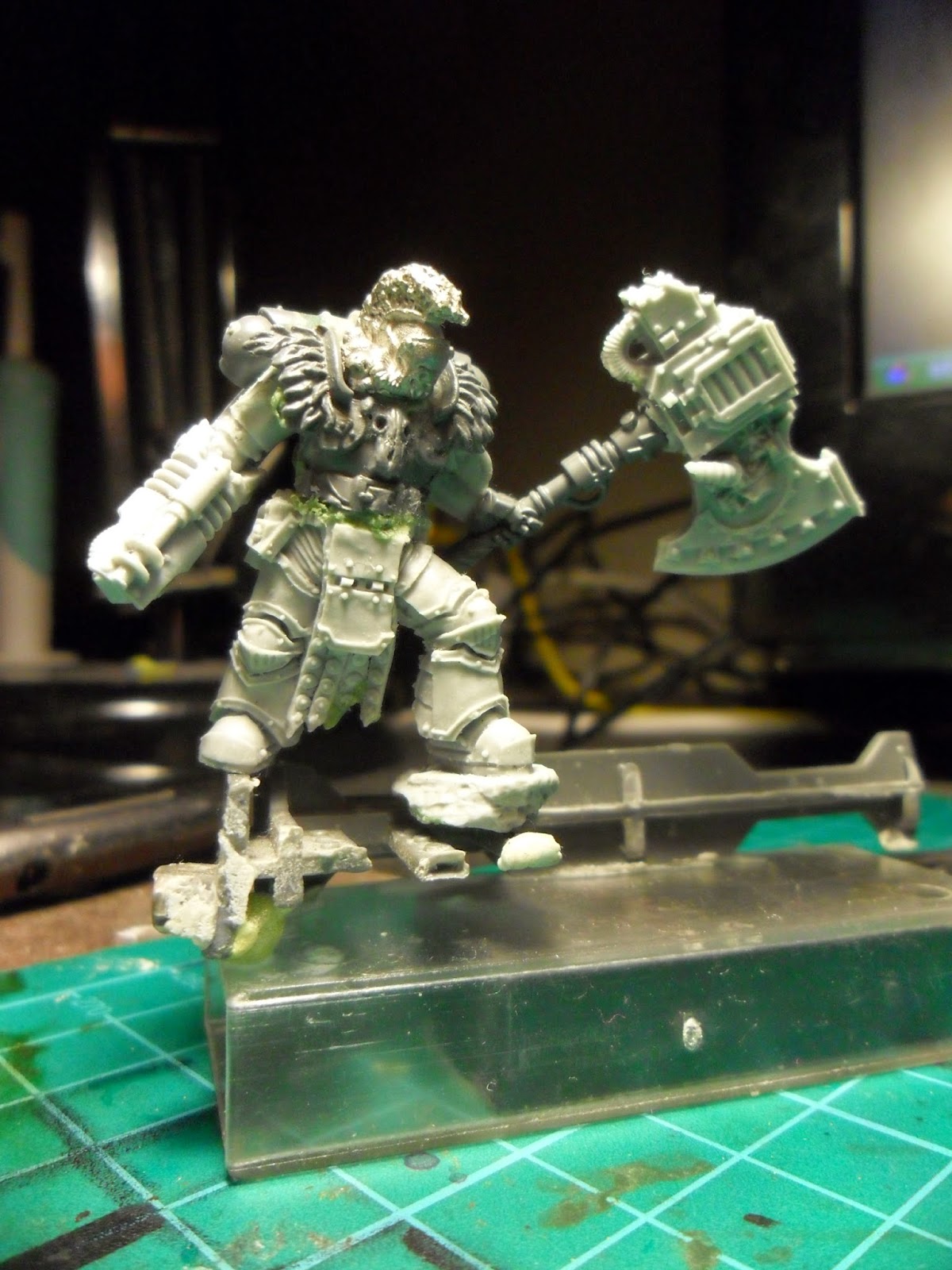 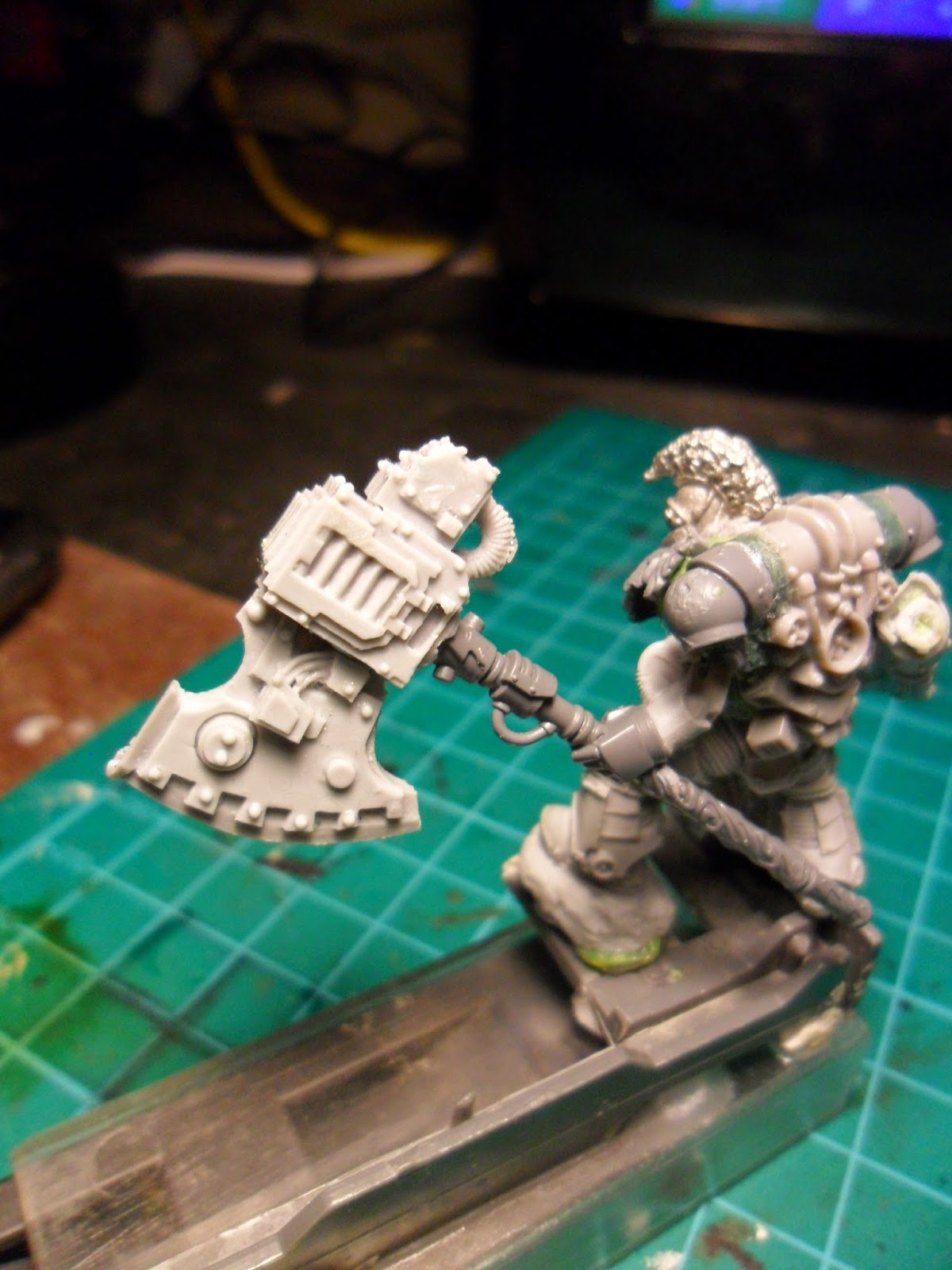 not sure if any of these will see paint at the present.. and the Punch and Judy box has been tore apart for the chimera bit i used to make it - but i will probably remake that from scratch anyhow.