Aye up folk, with the release of Gor half horn from forgeworld  I thought now would be a cool time to share a project I have been working on for a few weeks.

I have always thought of Necromunda as being the game that exemplifies humanity in 40k. I thought I would put that idea to the test with a project based around all forms of humanity on the planet. Starting of with a group of outcast veriatus sapiens.. who consider themselves at odds with most human settlements.  These are mostly hive predators .. who live as parasites on the both mutants and regular homo sapiens.

I kept the group small as its a small project, and resisted adding a scaly as I think they sit better within a scavvie group.  I reckon this group lives above the sump but still within the hive bottom  and below the undercity / underhive. I would like to add more groups within the Necromunda setting  that represent differing social status's, these being second from the bottom. 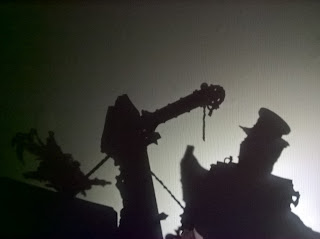 Death stalks the labyrinthine chainwebs of the hive bottom


The ogryn. A forgeworker outed by the Redemptionists during a purge.

Taking his cue from the spiders that haunt the hive, the ogryn has drawn a small following of homo sapiens veriants to his cause. Not the brightest of the bunch, he has changed his predatory hunting practice to a more patient ambush tactic following the advice of the diminutive harpoon hunter.

he carries a toxic needle punch, a small modified webber and collection of eyepieces that form  a makeshift night vision headdress 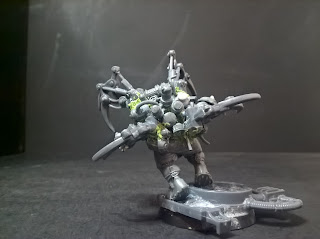 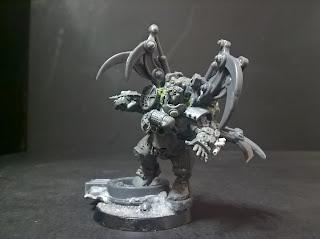 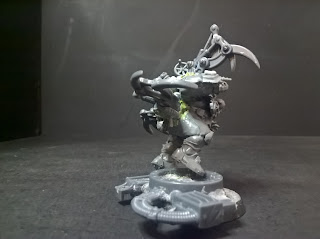 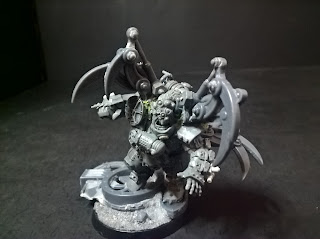 A disgruntled figure born up hive but smuggle low. He now sees himself as the monster the hivers see. Going to great lengths to act as the bogeyman of their nightmares. 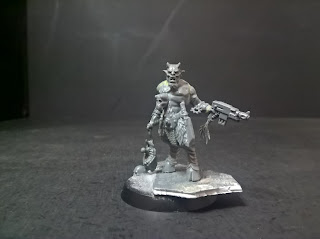 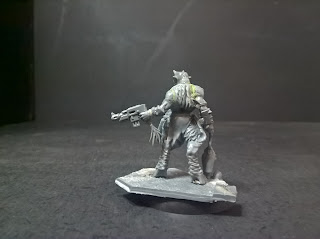 Quite and resolute, he reveals little of his history, but his martial skills speak for themselves. 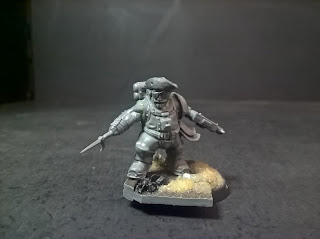 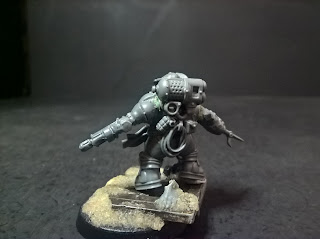 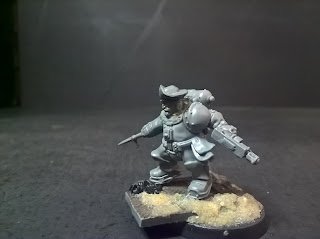 A ratling thief  who had his hand chopped off for burglary.
Knave often acts as a wounded lure for his predatory friends. 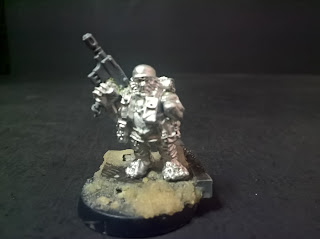 A hivebottom area of chain production now collapsed into a maze like web of danger after several hive quakes. A hazardous shortcut to the hive city for those in a hurry and ready to gamble their lives. 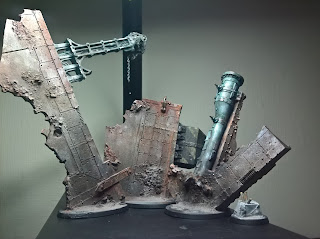 The outcasts have set up many traps along the route uphive  where they lay in wait for victims foolish enough to get lost in the dark. 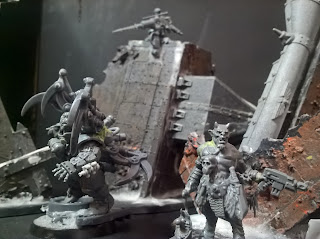 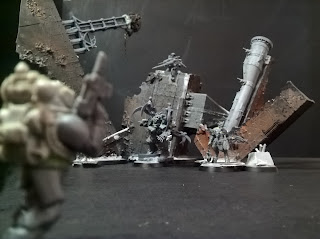 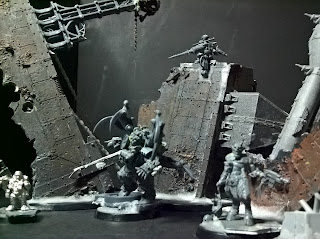 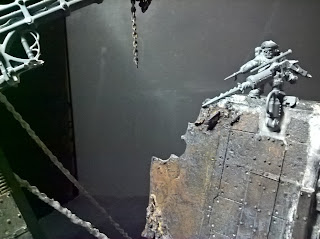 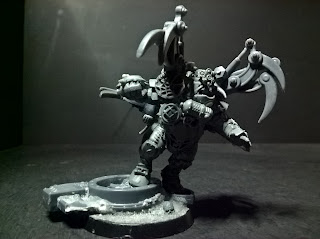 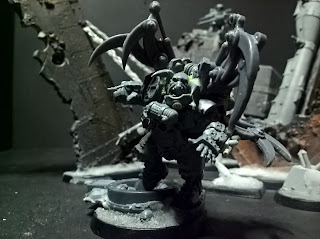 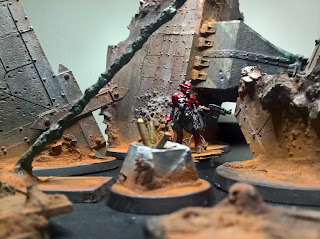 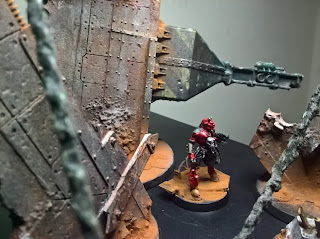 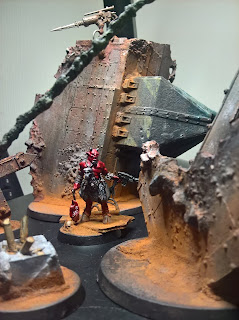 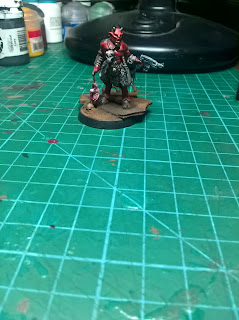