Ponderings on motivation scale and style

Hello folks , its been a while since I wrote about the hobby in a personal way ...

So I have been thinking about starting a new long term project...  I have noticed  that my creativity and motivation for the hobby is cyclical.. I tend to have bouts of intense  hyper creativity and then long periods of relative calm. I have always worked like this , its the only way I know how how to work.. although the hyper creativity is sometimes intoxicating and leaves me feeling thoroughly spent    afterwards. It often takes me a few days to realise I am in the middle of hyper creative phase, my mind seems to race twenty four seven with neurones sparking and clashing together, i feel like i need no sleep , only to out pour my ideas ..  and all the ideas seem like they are  good if not great... ( punch drunk no doubt )as if conjugating  in ones mind for weeks months or years sometimes..  waiting for the right moment to come out

qoute " The most surreal modeling flow state where every idea was a very original mix of highly suitable concepts and themes. When ideas have been maturing in your head subconsciously for a long time, sometimes they rush out and it's thrilling."

At the time of writing I find myself again on edge of this most manic state.. the past few weeks have been a flurry of glue and plastic.. kitbashing model after model .. it was during this intense intoxicating state I had a moment of  creative clarity ..


I had been working upon several skirmish  warbands in different styles and different heights.. some in games workshop plastics and some in resins and fine cast. I had noticed that when I had created models for Skirmish gaming those models gravitated towards the 30-32mm scale .. a scale that works rather well for character driven skirmish games.. 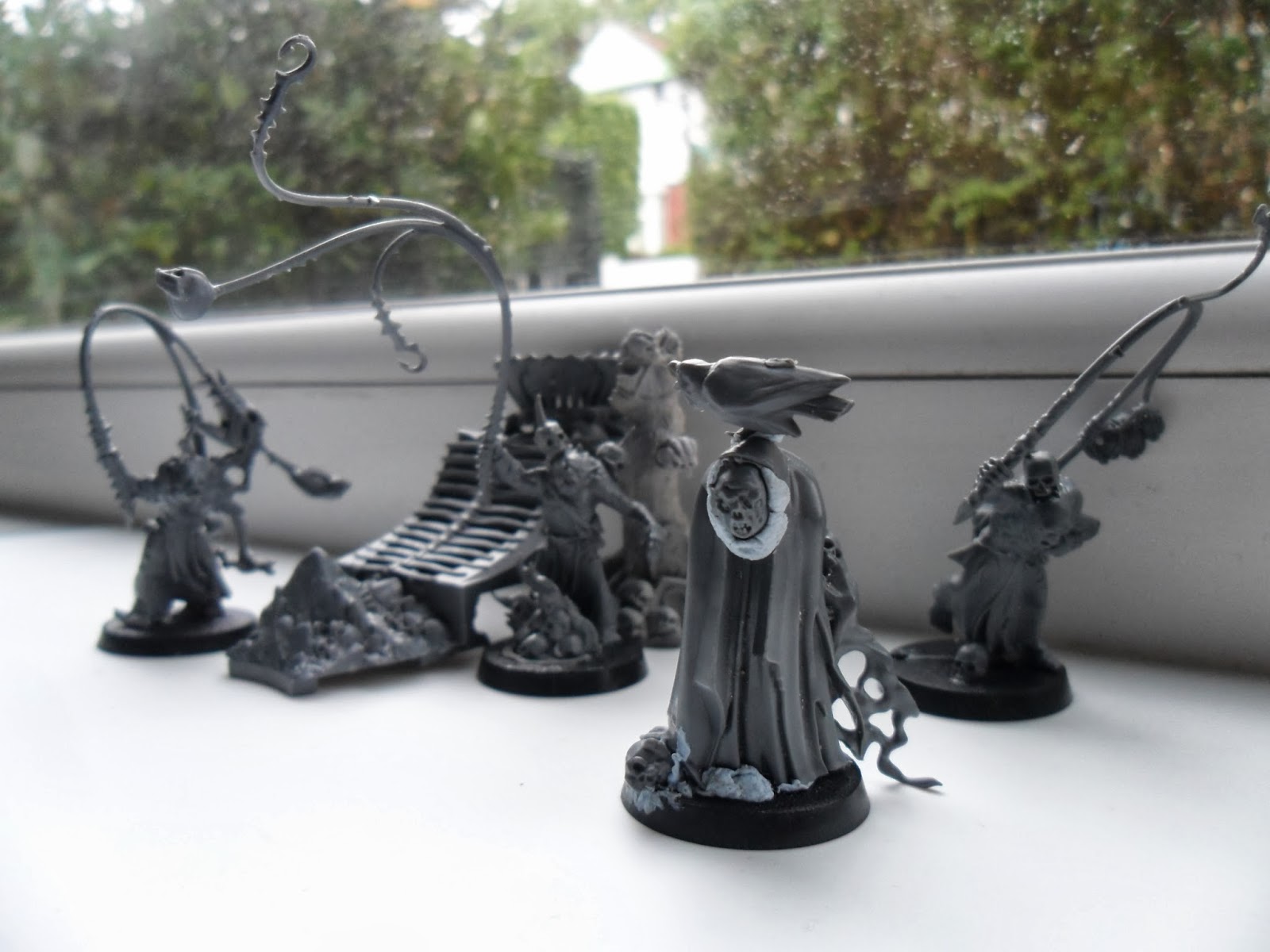 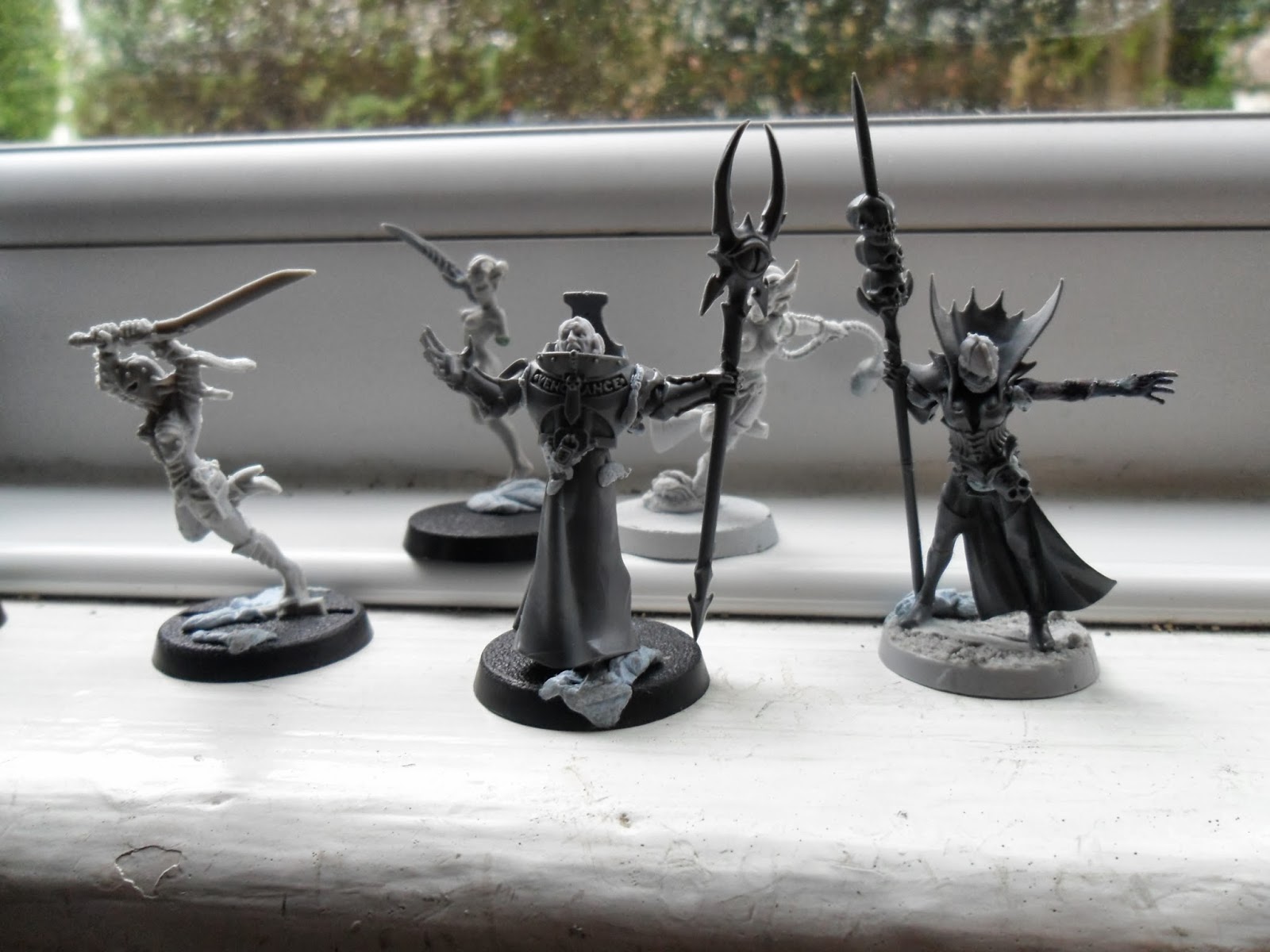 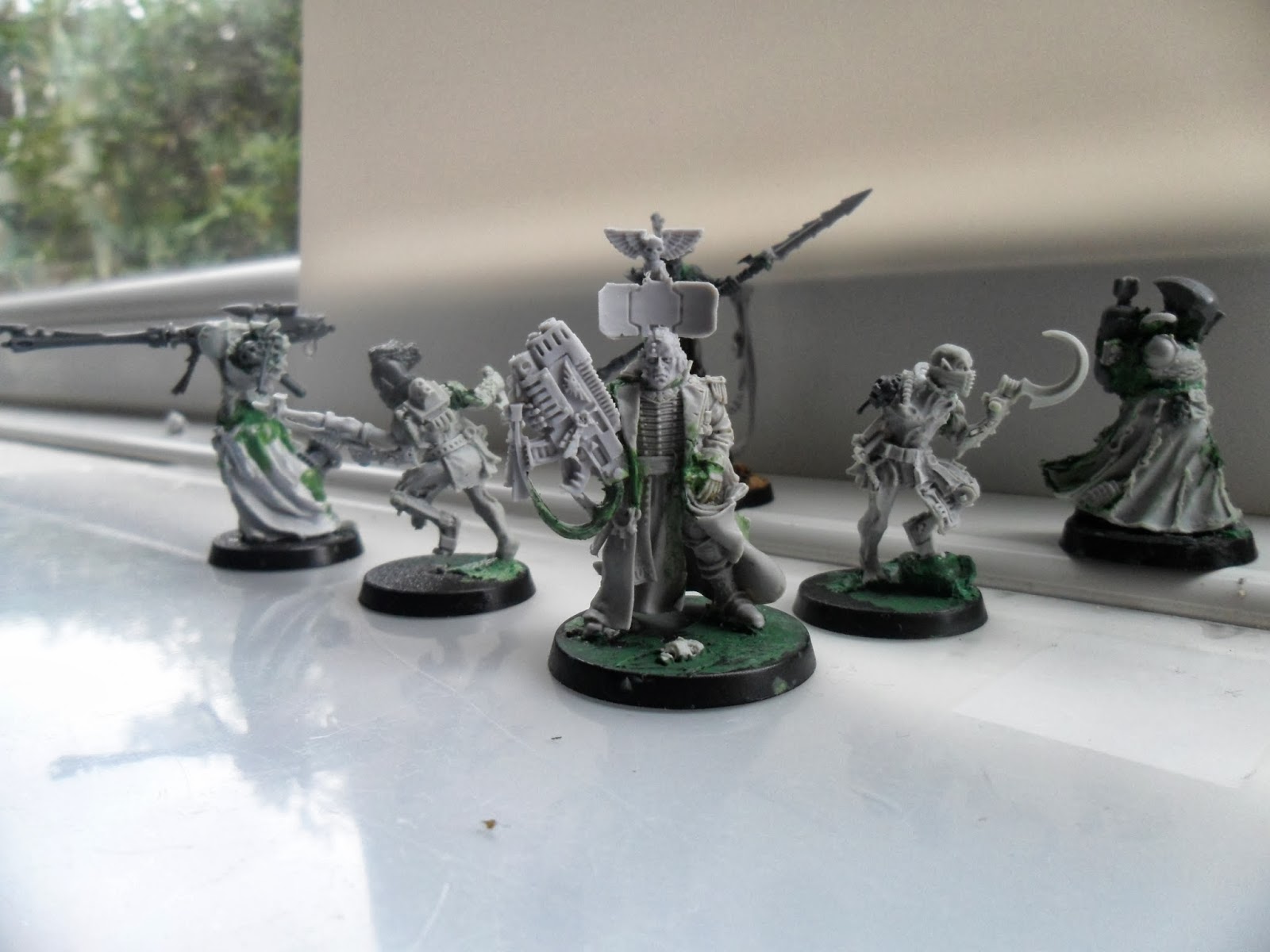 of course a downside to this is that Astartes can look rather silly when dwarfed by a puny guardsman .. we all know how Astartes really look.

Now this isn't going to be a  lets bash space marines scale post .. in fact quite quite the opposite in matter of fact. In the past I have had my issues with Astartes scaling  , When I returned the hobby
a few years ago my mind was soon filled with the imposing heroic artistic images of space marines , Captured really well in the space marine game i think . And of course inspired by the legend Mr Artscale himself Migsula , I had a bash at artscaling Imperial Guard to go with my expressionist marines ;-)

feeling the disconnect from the art to reality of the models - compounded if you are a guard and space marine player I think..


When i first played with a space marine in the space crusade days of yore  scale was not important , after all these red blue and yellow toys are just representing a token really.. not too important within itself , just player piece in the larger strategy of imagination.. after all i didn't need the board to be made out of metal or to be an actual ship... that line has to drawn somewhere .. I am not privy to reasons behind the scaling of Marines .. but the designer in me could hazard a guess.


but that's beside the point , for me the space marine models  themselves never really captivated me not really sure why .. could be scale thing or the style or combination of both.I guess the will rees images of space marines is where my imagination prefers gravitate.

That is until recently ...

For a long time i have had a hankering to make a 40k board game .. I have such fond memories of playing  space hulk advanced space crusade and space crusade..  I yearn to feel that claustrophobic  quite tension of a ship boarding and exploration game .. laced with a long term campaign strategy where every decision counts .. every soldiers life is valued against the objectives... diminishing resources and that burst of skirmish action.  In the past i considered scratch building the marines and the board .. but the reality and expense of the task, not to mention that I didn't really have a gaming group.

I think that the time to make it is now .. the release of the zone mortalis sets  .has made a nigh impossible task relatively easy and cheap , not to mention the outstanding space marine  miniatures that have been released in both 40k and 30k...

With a few friends aranging to start collecting armies to game with .. i too am feeling the need to begin a long term project , something to inspire me to start collecting the miniatures and painting them , as opposed to just converting what is already out their..

You could argue that we convert miniatures to have ownership of them.. or because they are not quite what we want.. for myself the need to drastically convert space marines or any models is beginning to change .that is probably because games workshop is actually giving me what I want ;-)  and in part down to lack of skill i have that is  needed to convert such perfectly detailed miniatures. without making them look crap !
dont get me wrong , I would still convert or up scale a marine for skirmish games , but for this long-term project - I see painting and collecting with only very slight modification to the Astartes as a priority.

I am not sure what exactly this project will be , but i see it as my attempt to recreate some sort of ship boarding action , probably during the horus heresy.. strategy and campaign are important as are the models them selves ..and of course scenery.. ;-) if i can fit all all into a bespoke box when all is done the better..

its really just an excuse to collect the wonderful heresy models ;-)


So with that in mind I started to see if it was possible to make a downscaled imperial guard ..or better still Imperial navy crew..

i have always liked the idea of IG squads having seven lasrifles one lascannon one captain and one orderly.. so i will begin the project by attempting to build a squad. of course i must credit Cerebralerebus for his steller inspiring work on his admek guys too. 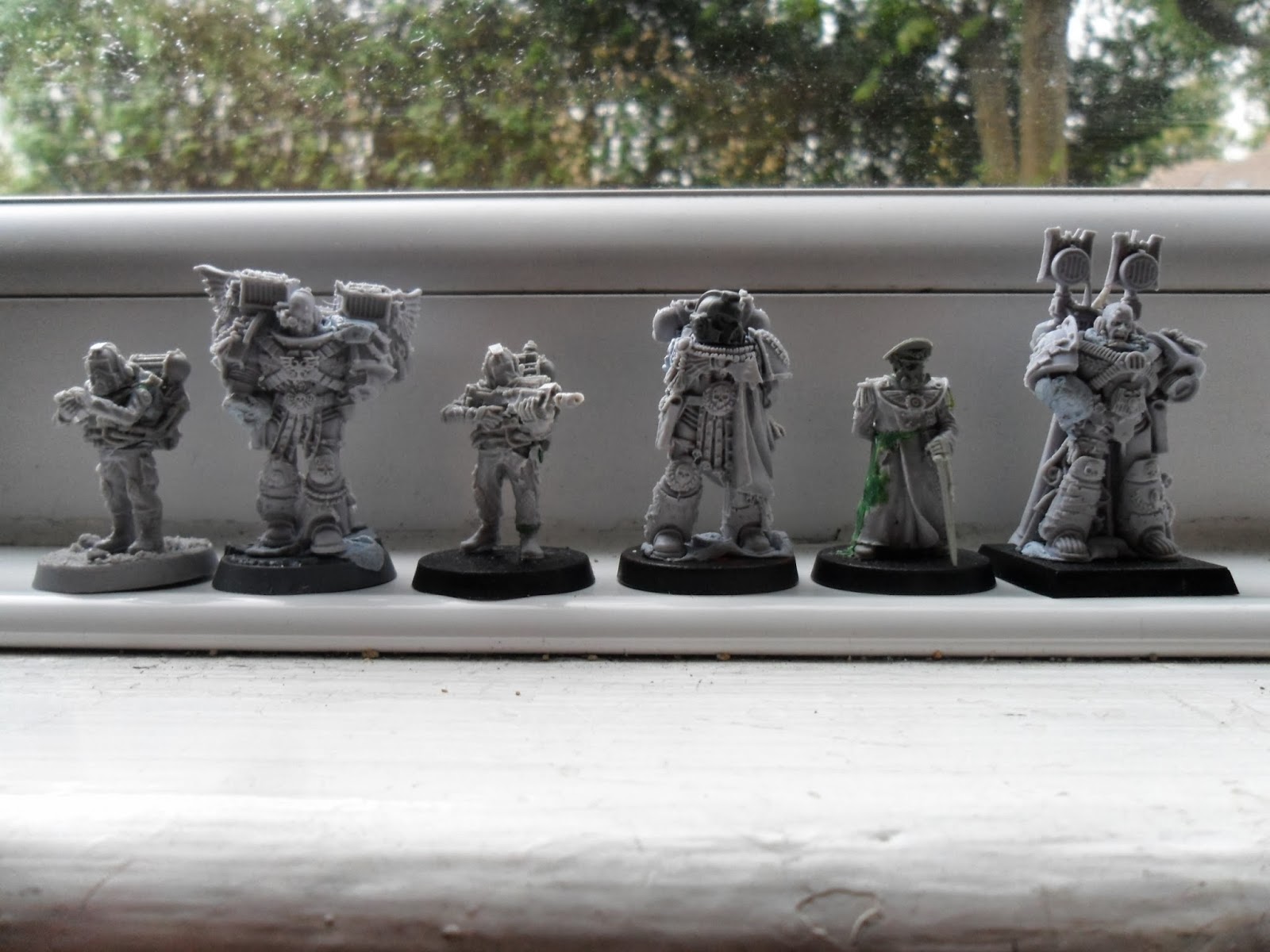 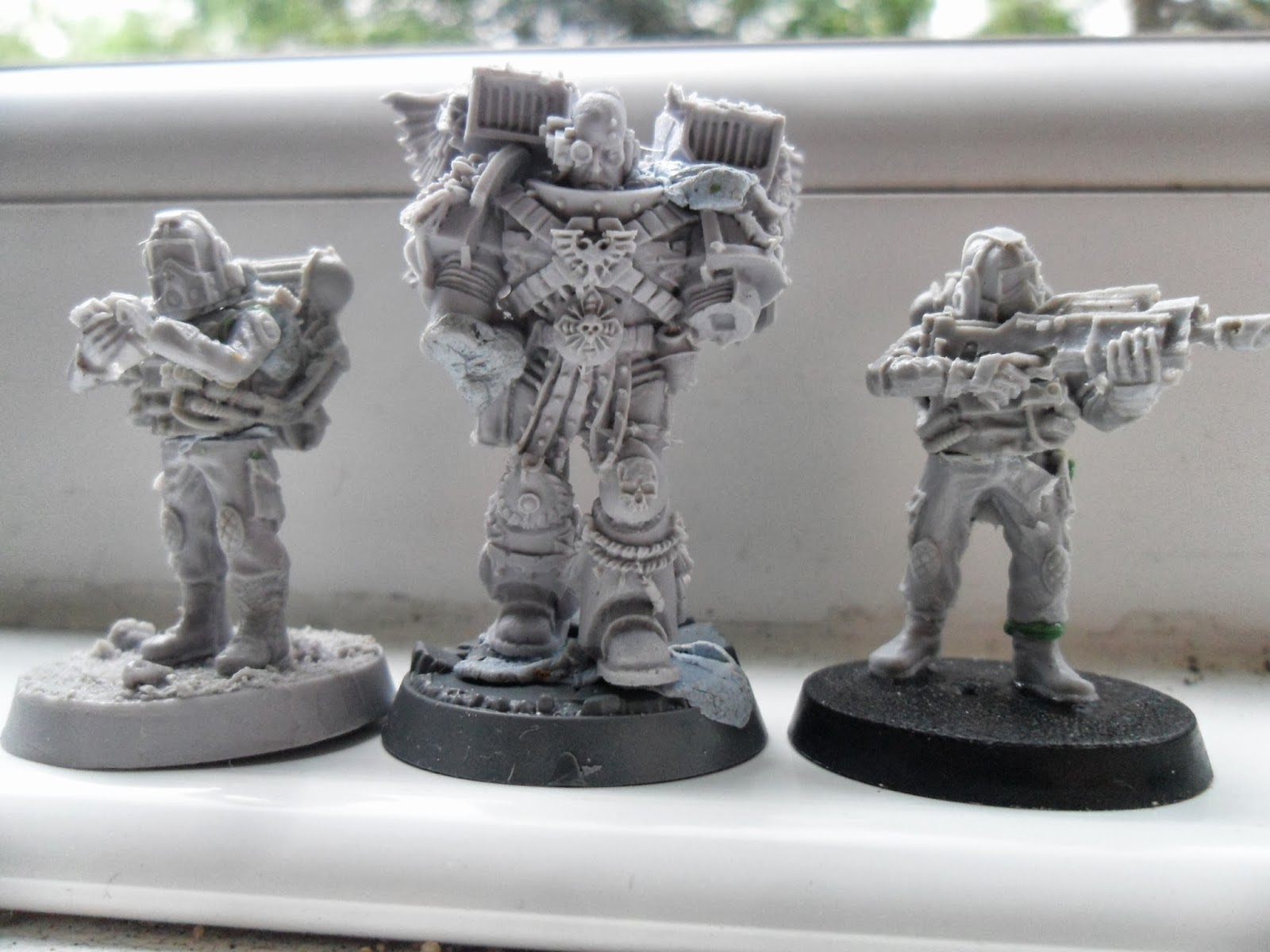 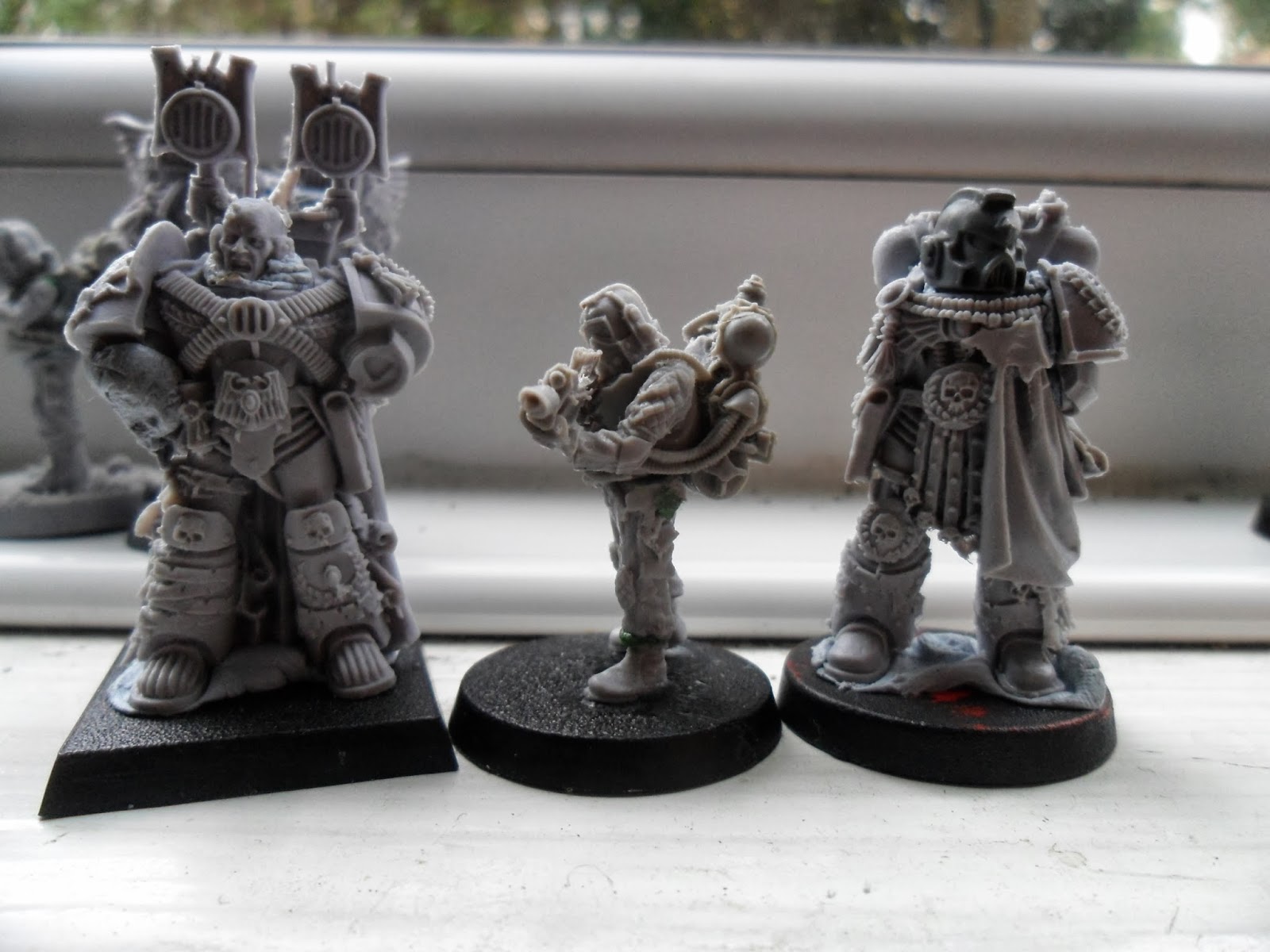 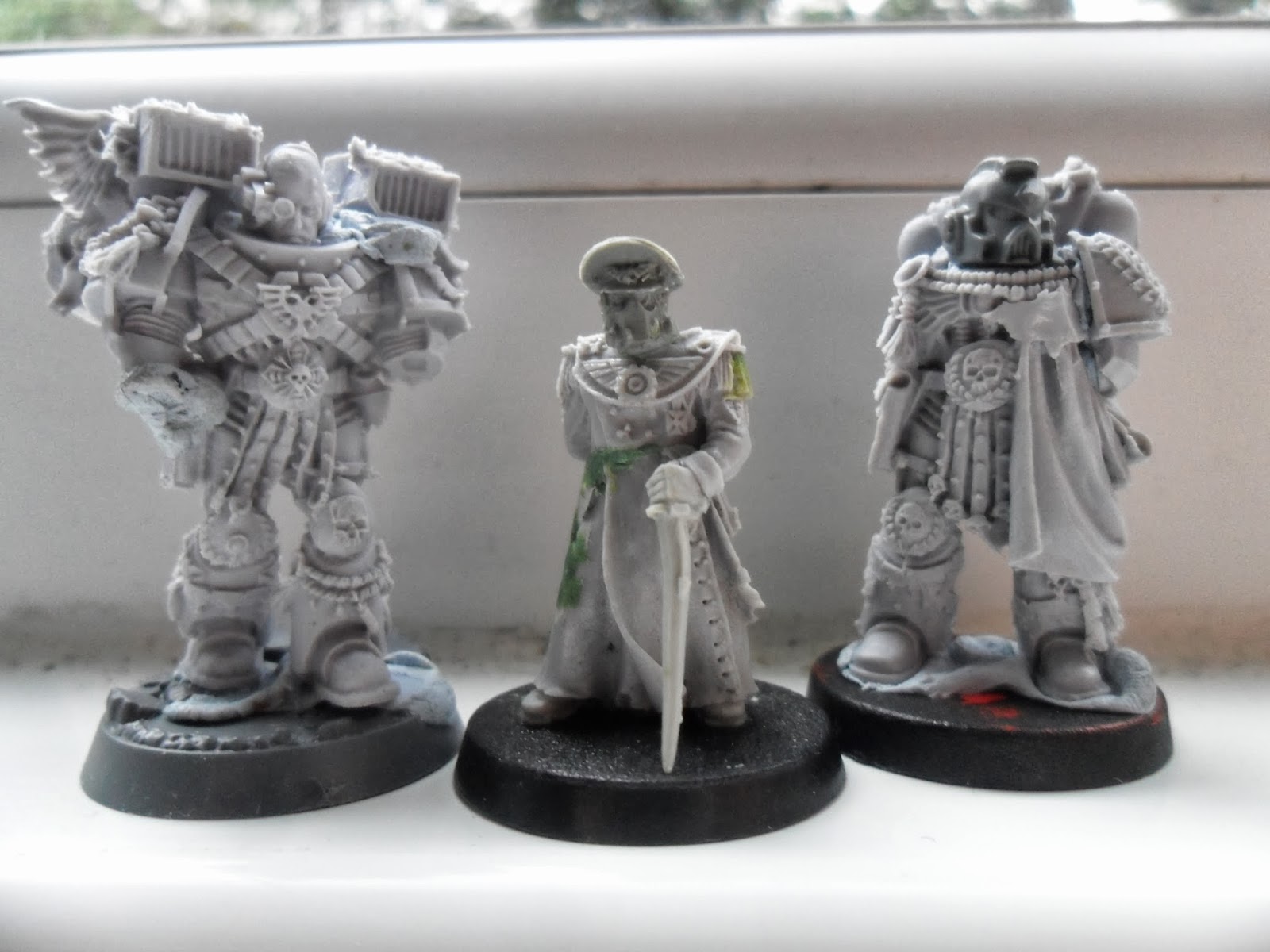 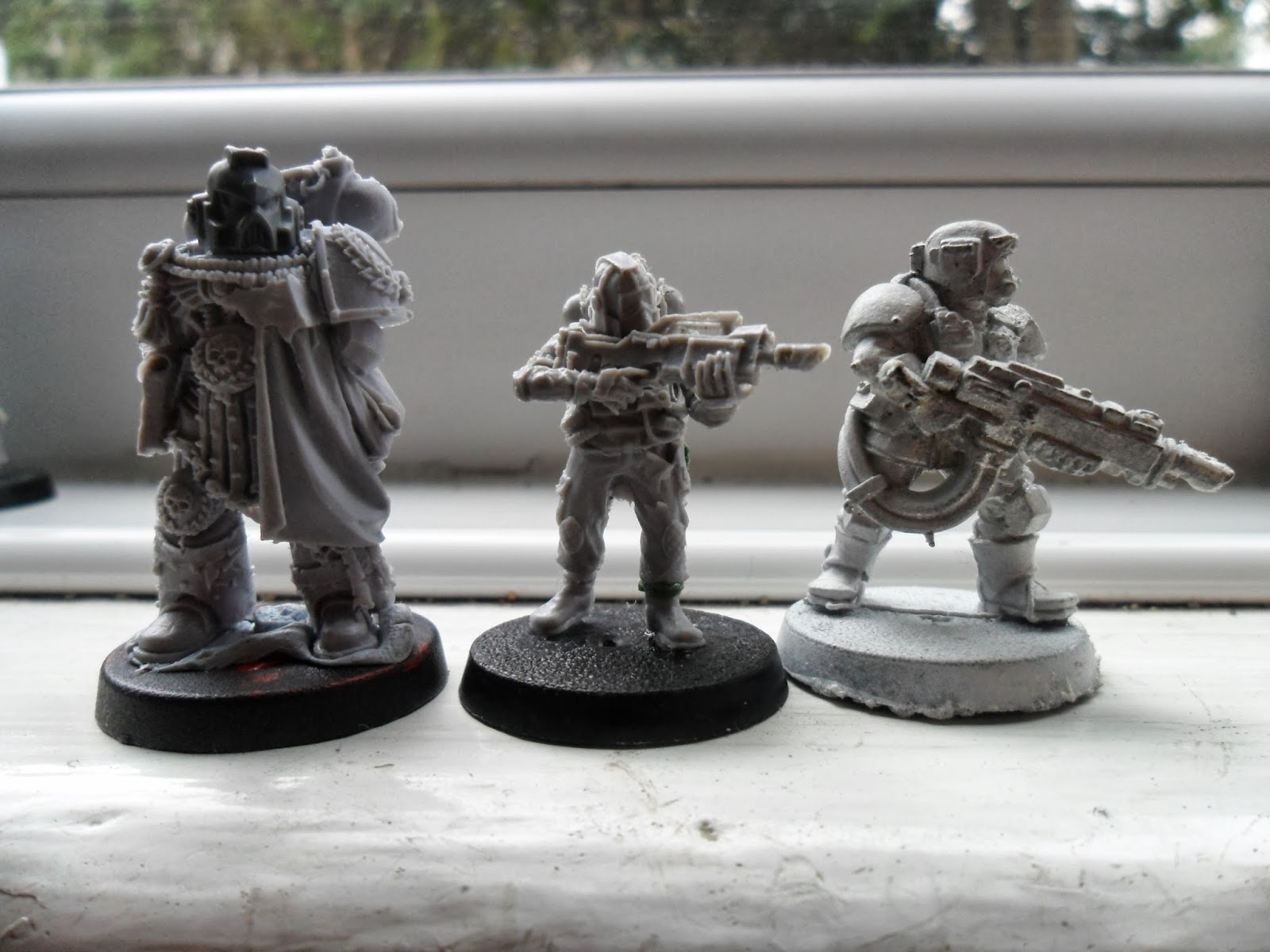 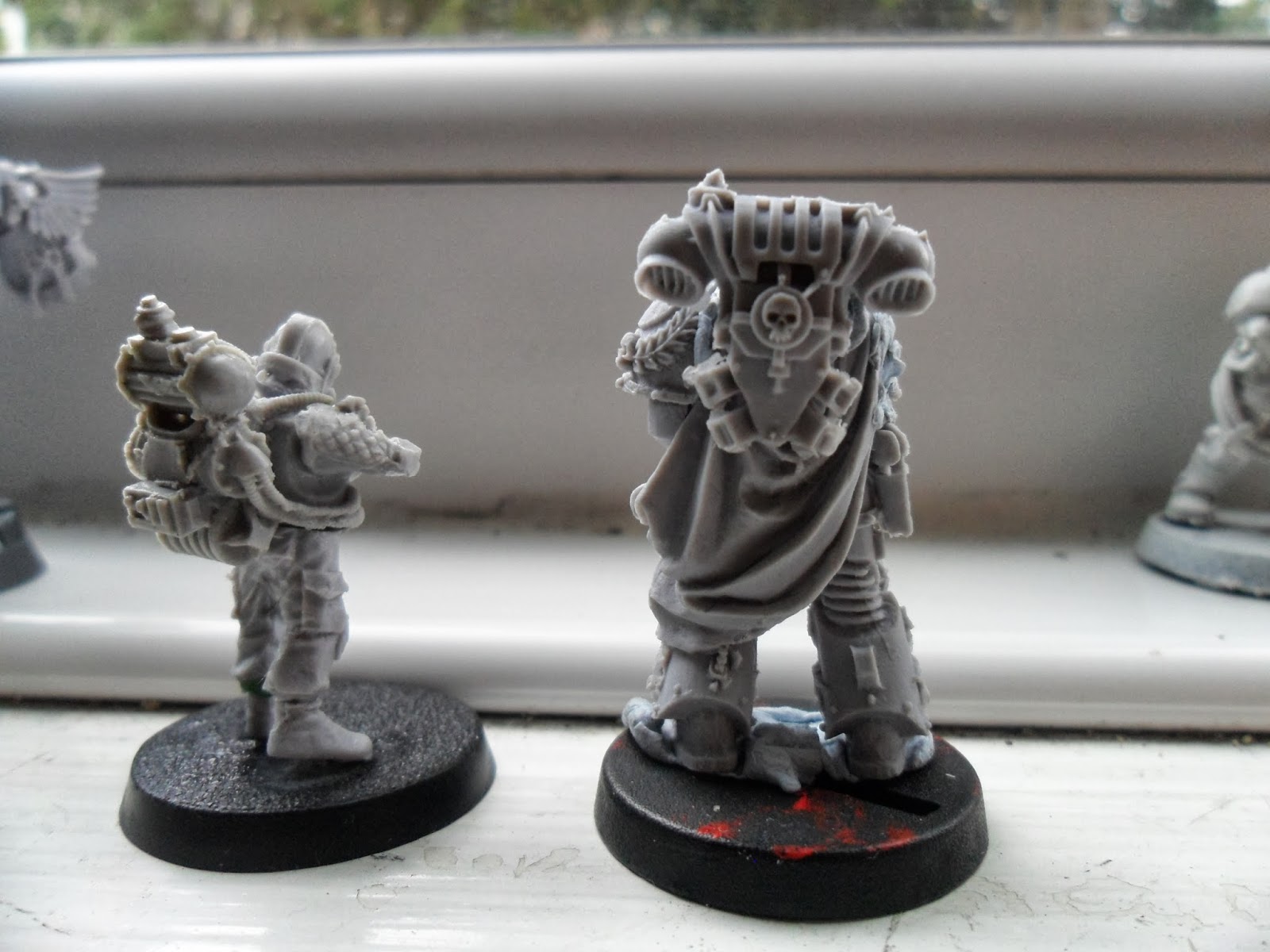 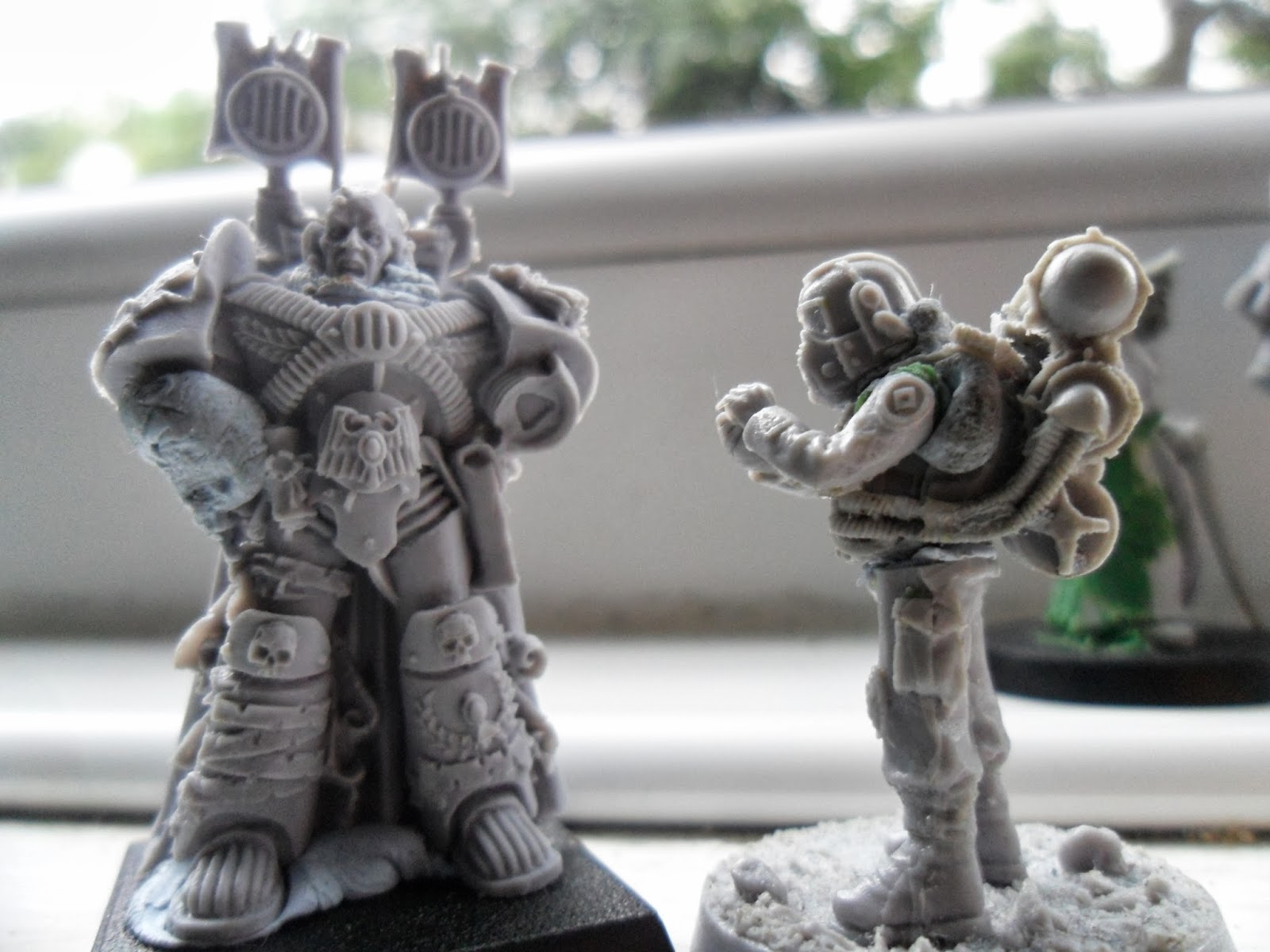 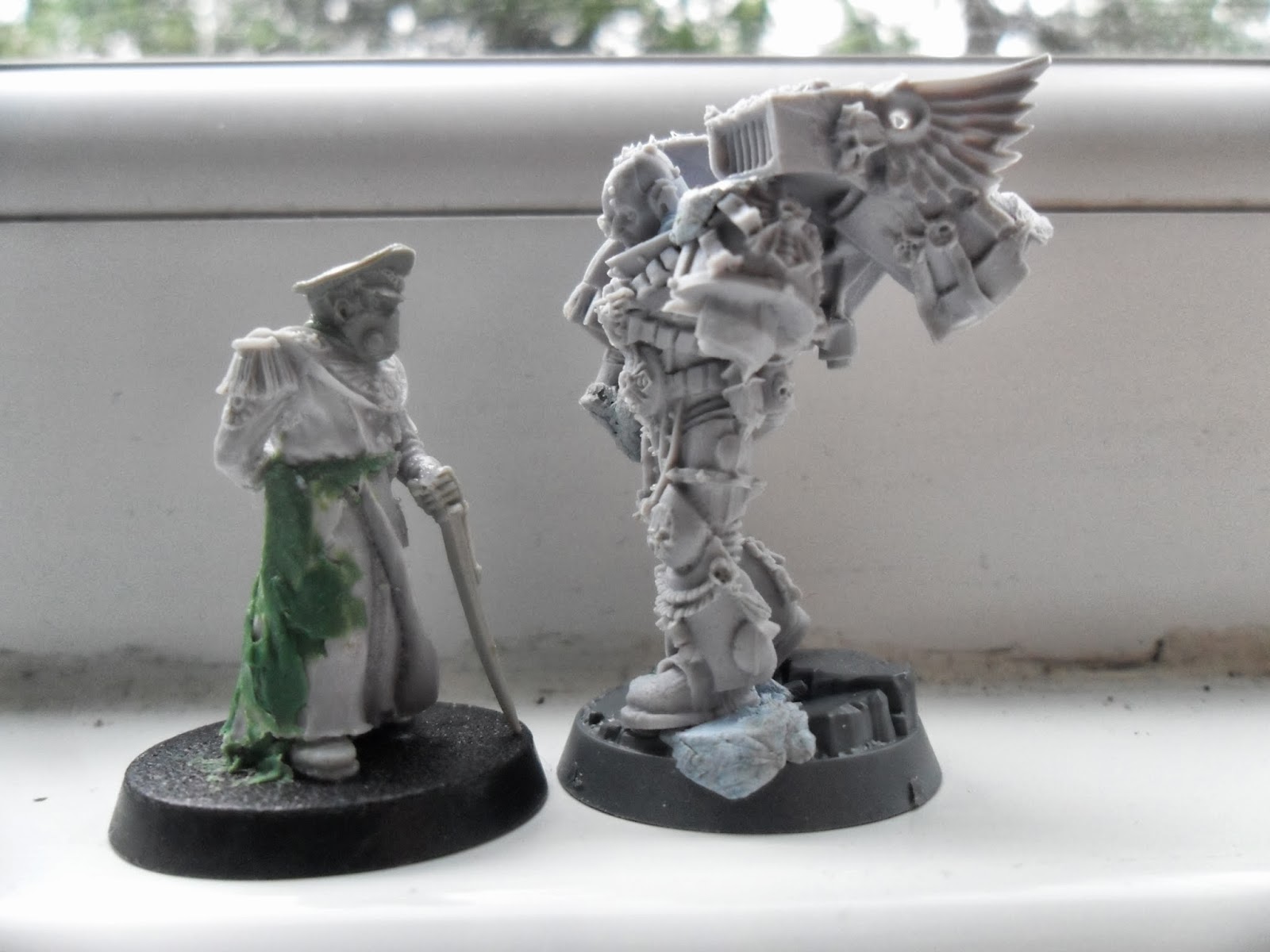 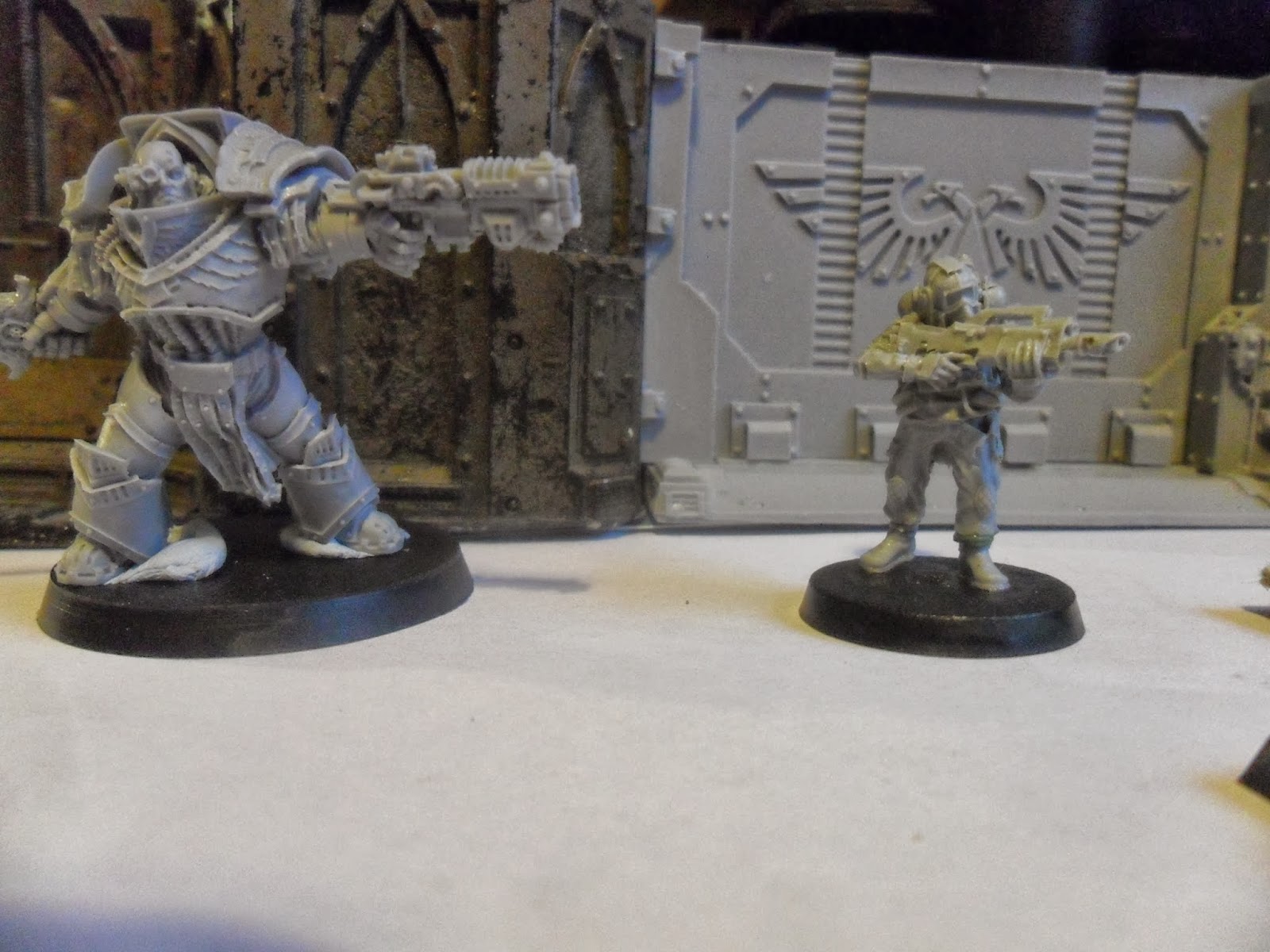 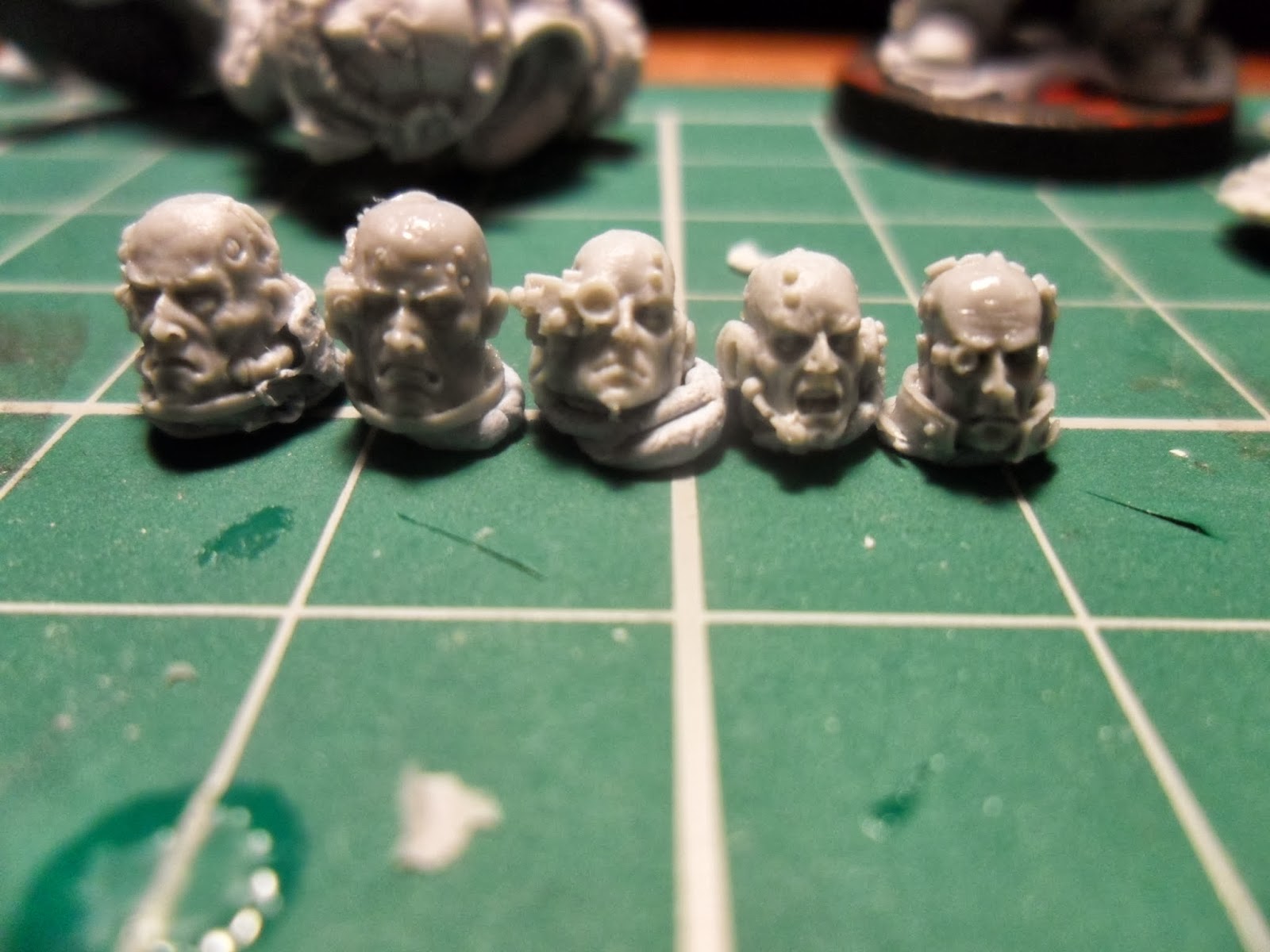 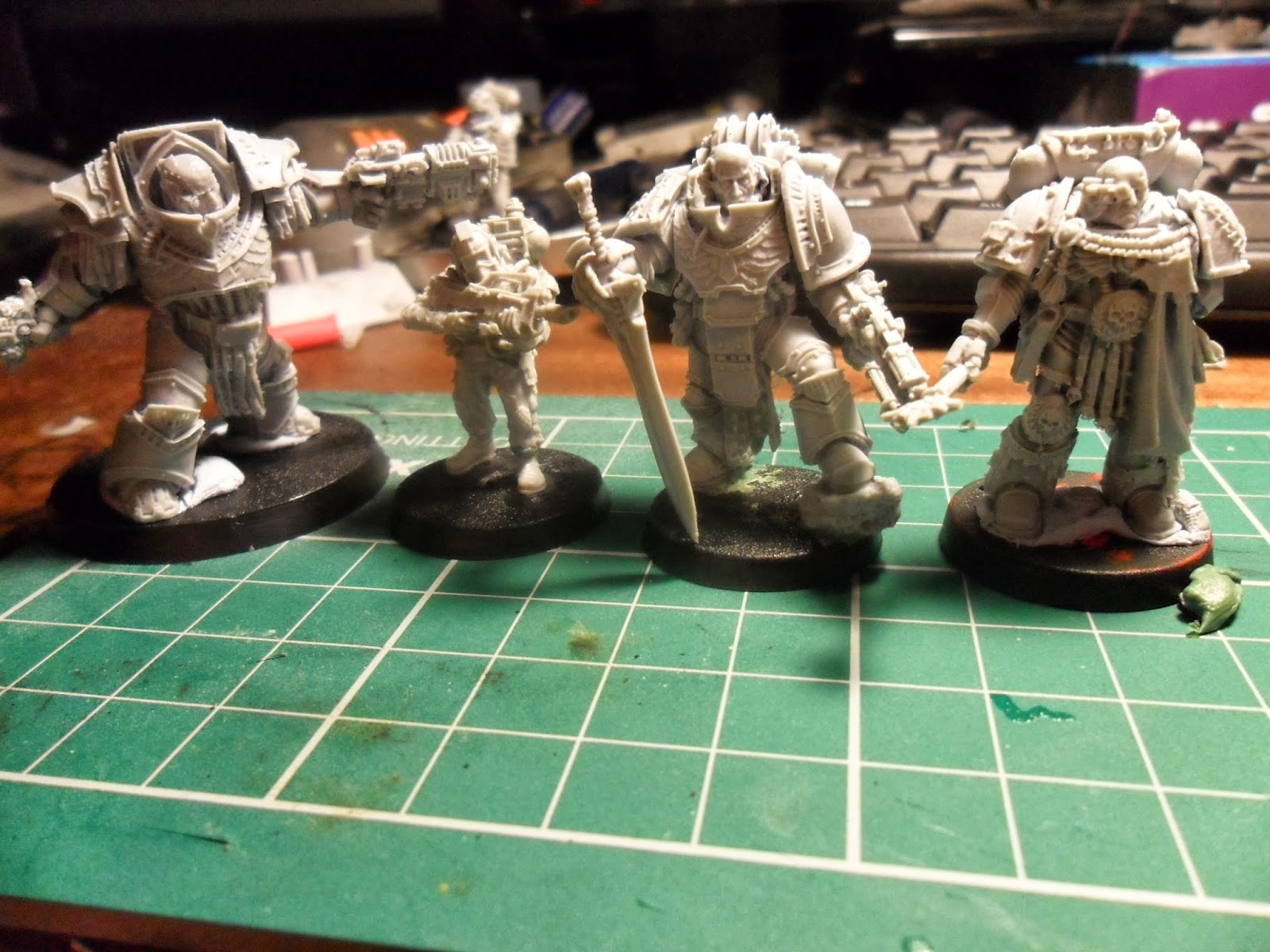 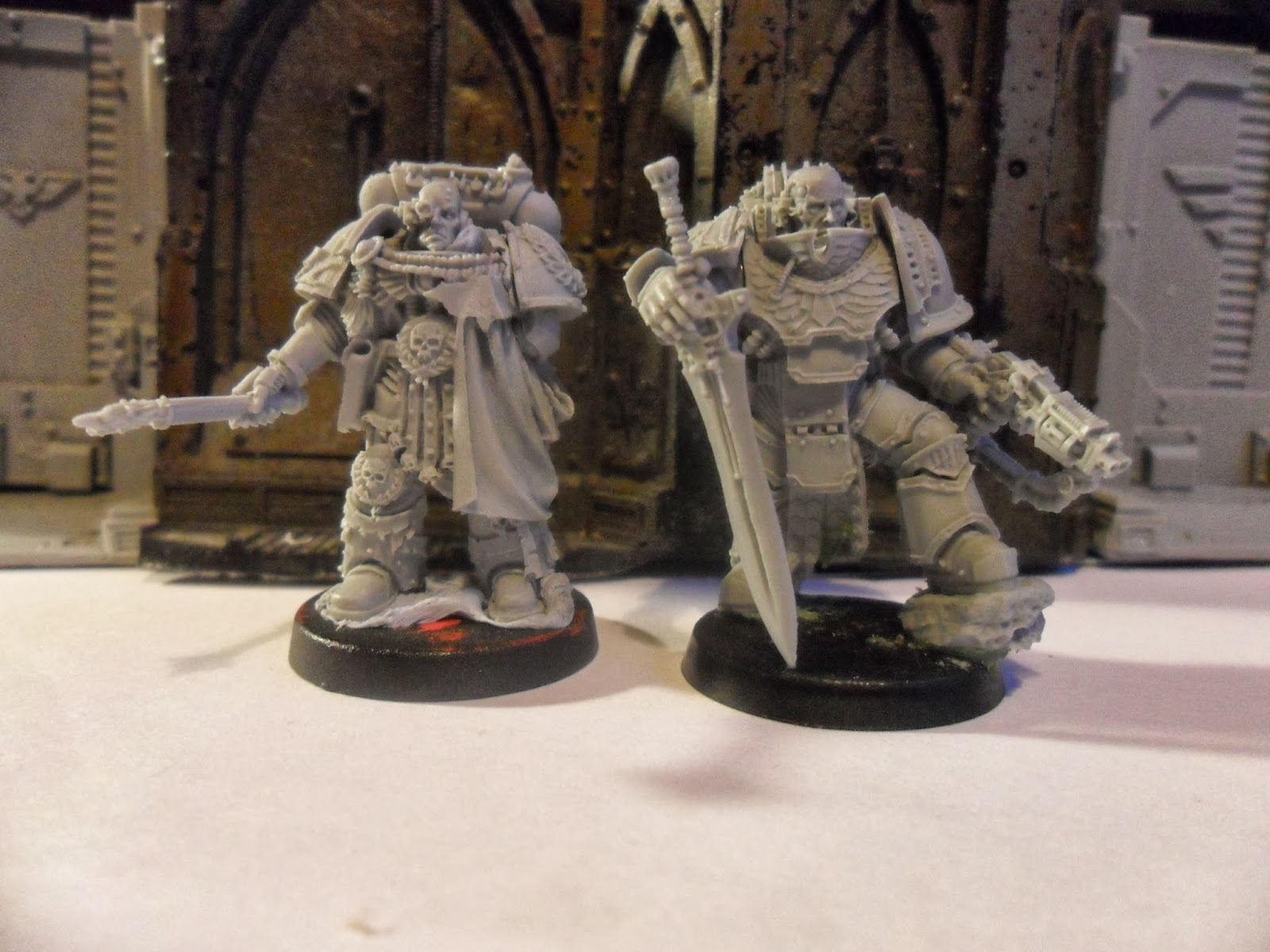 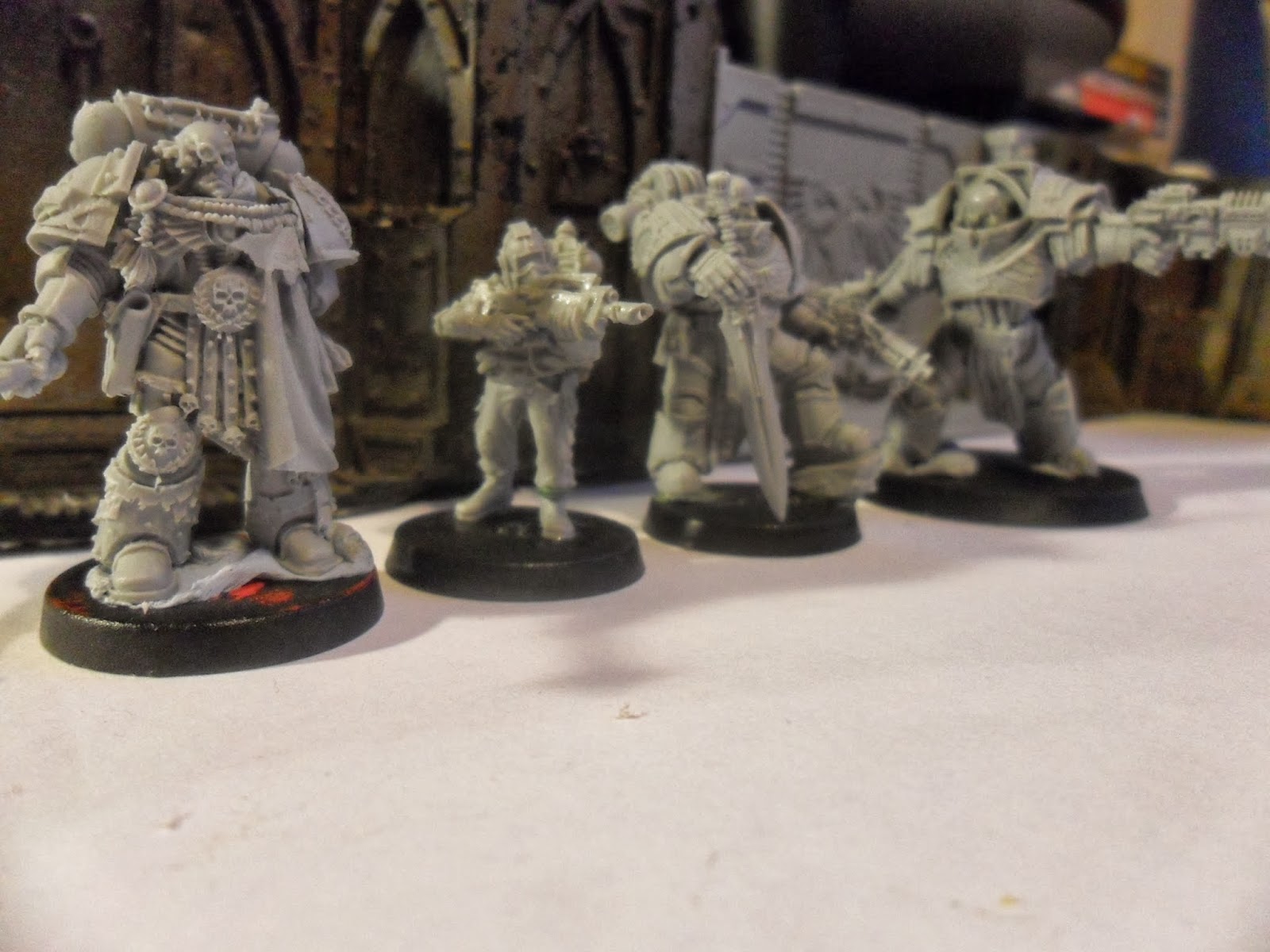 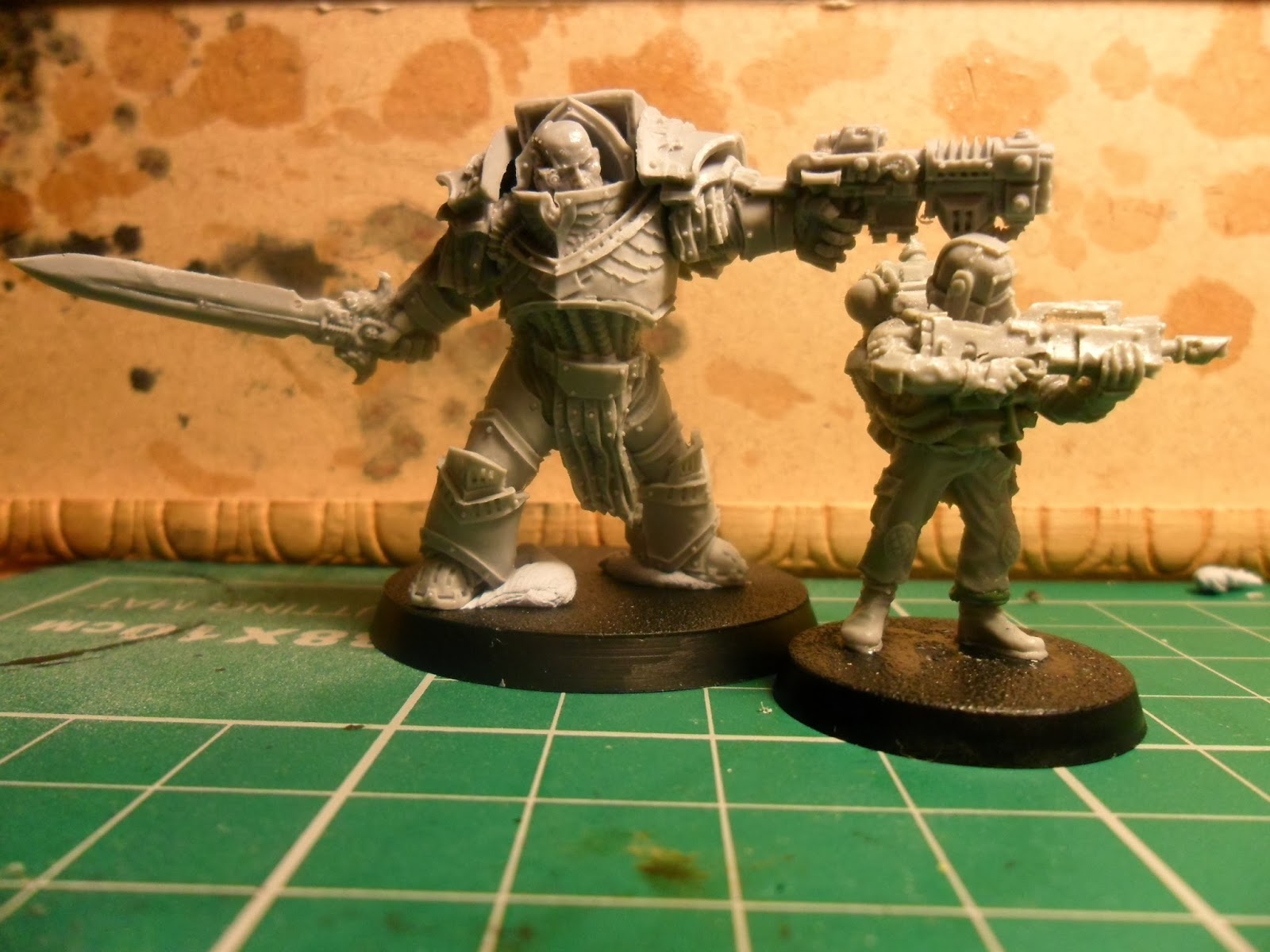 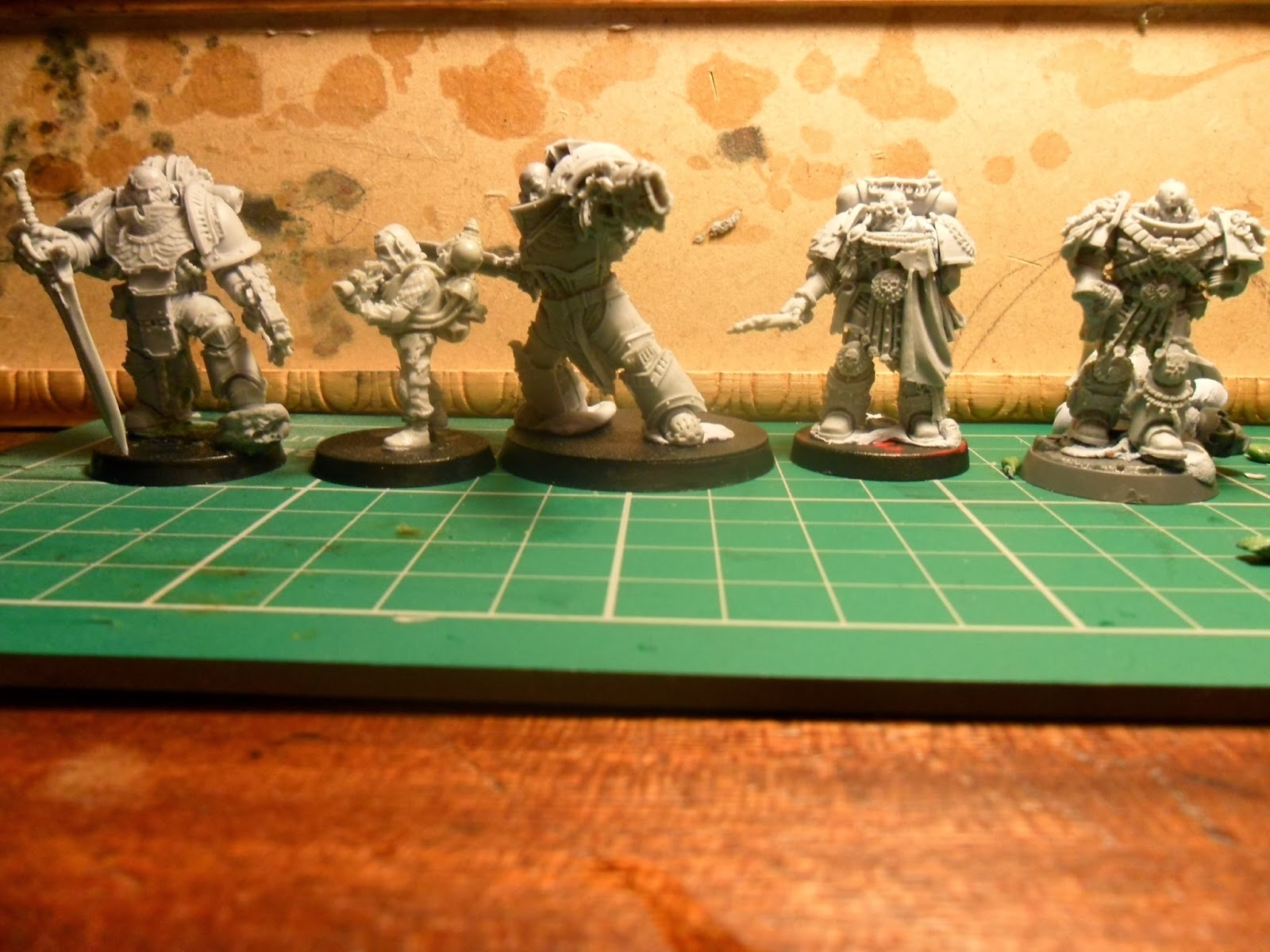 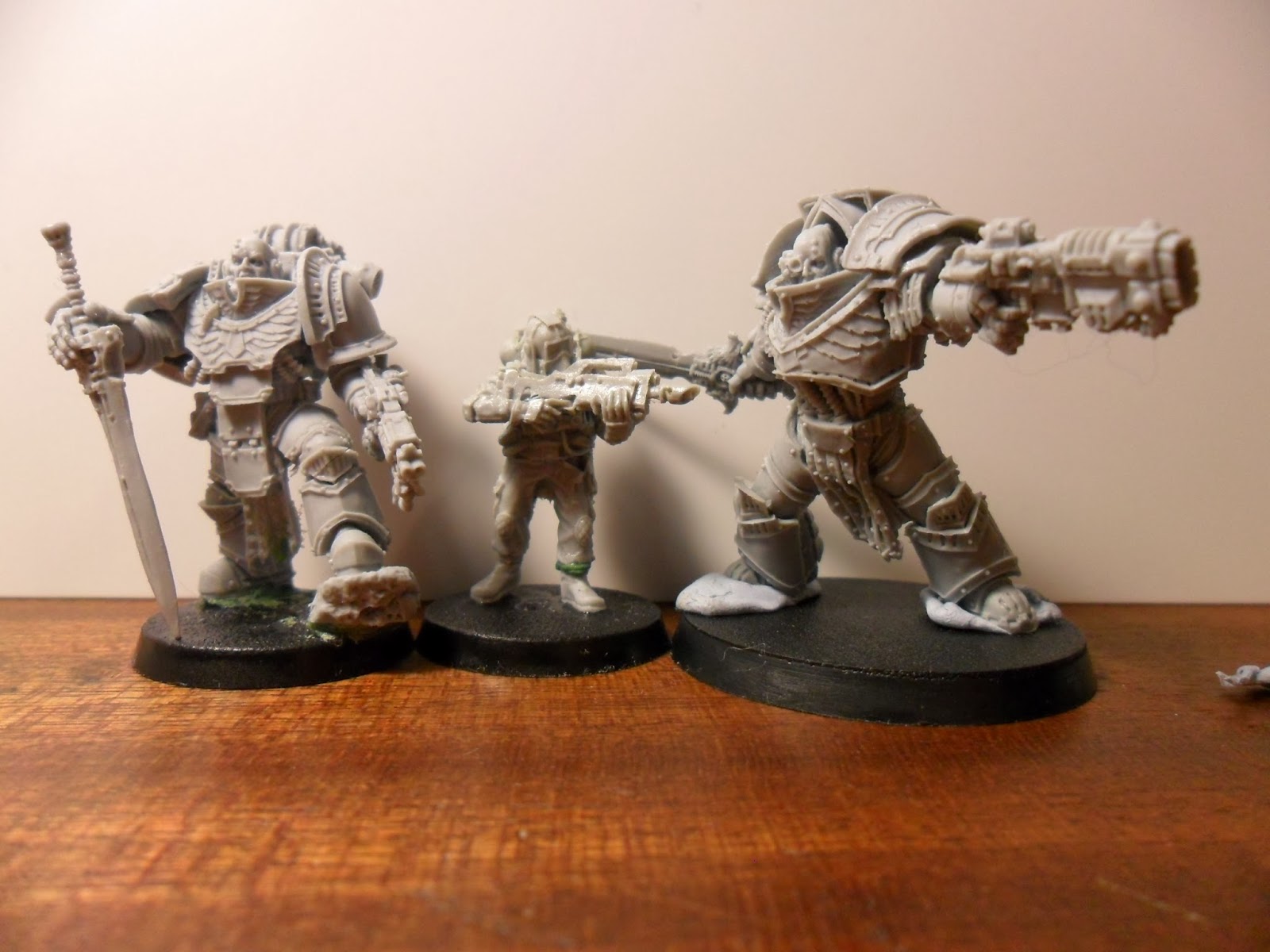 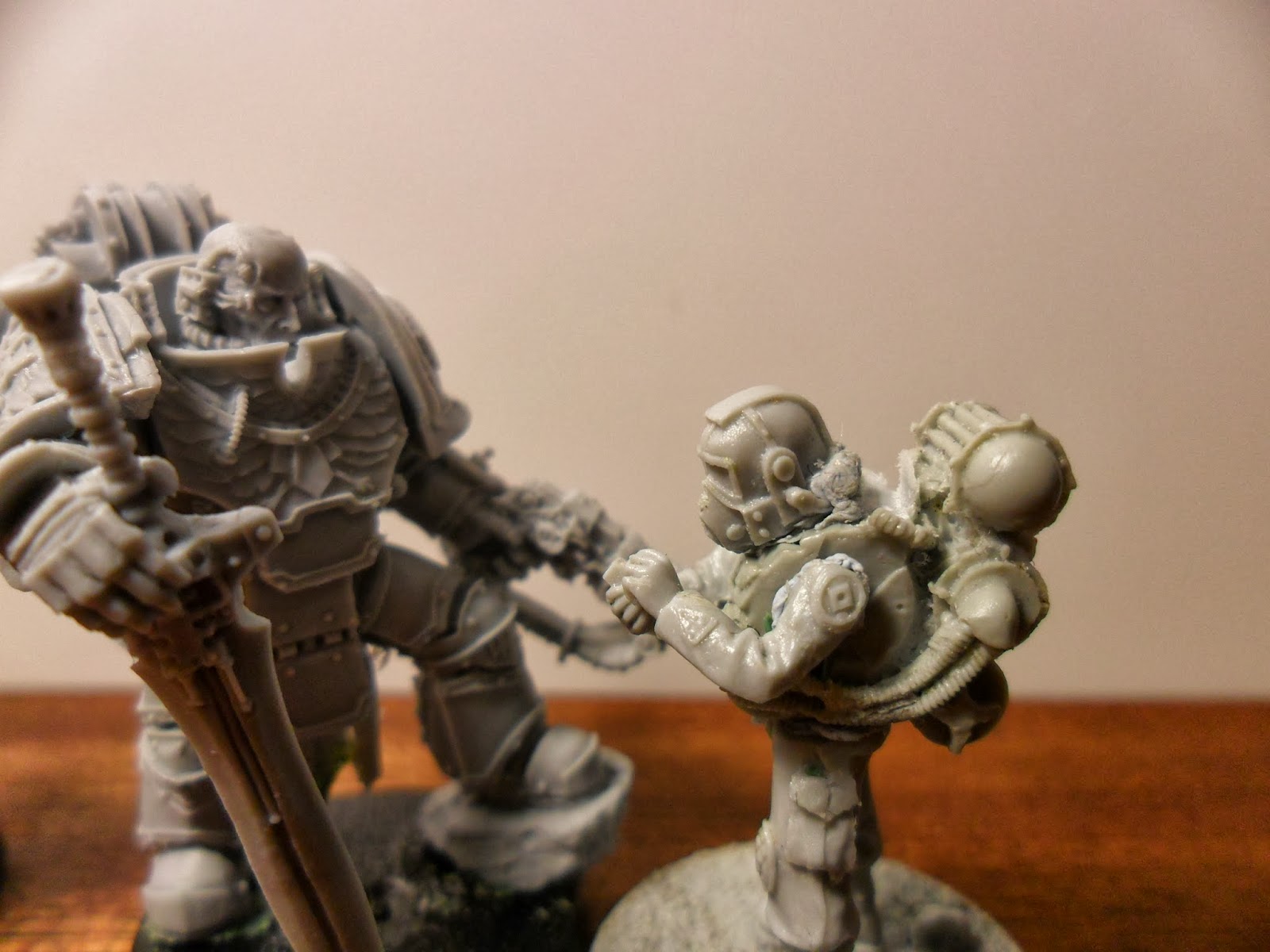 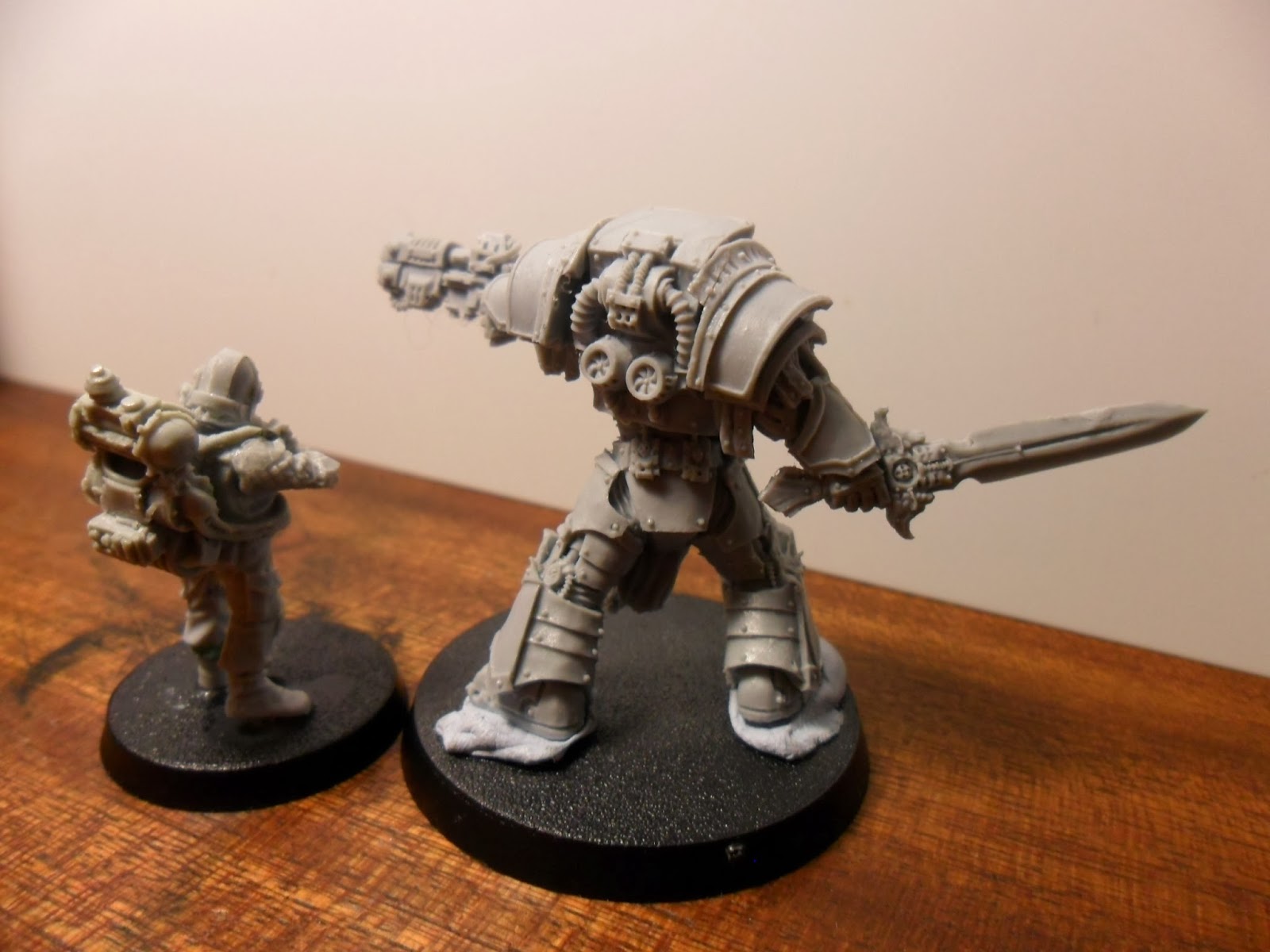 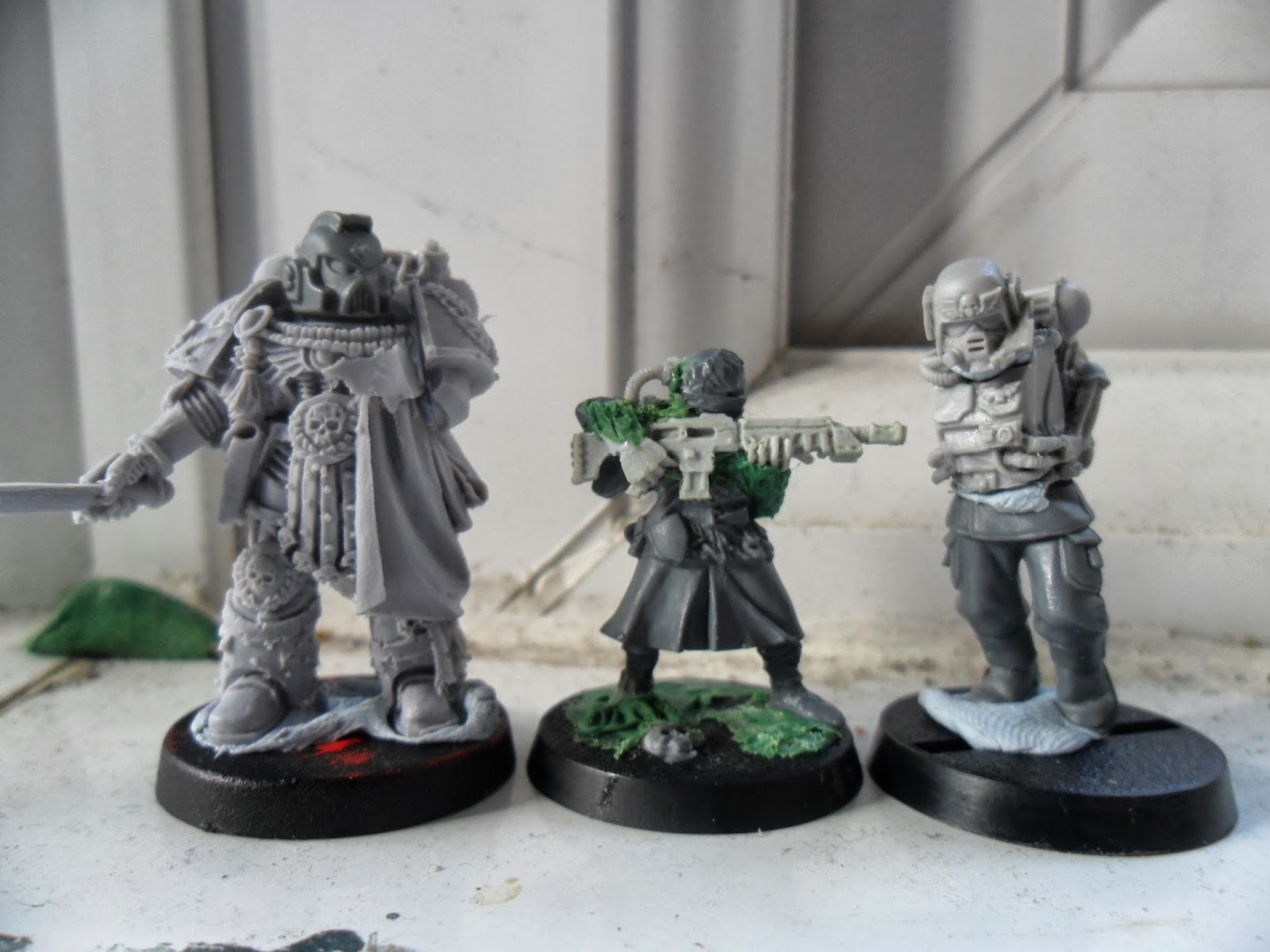 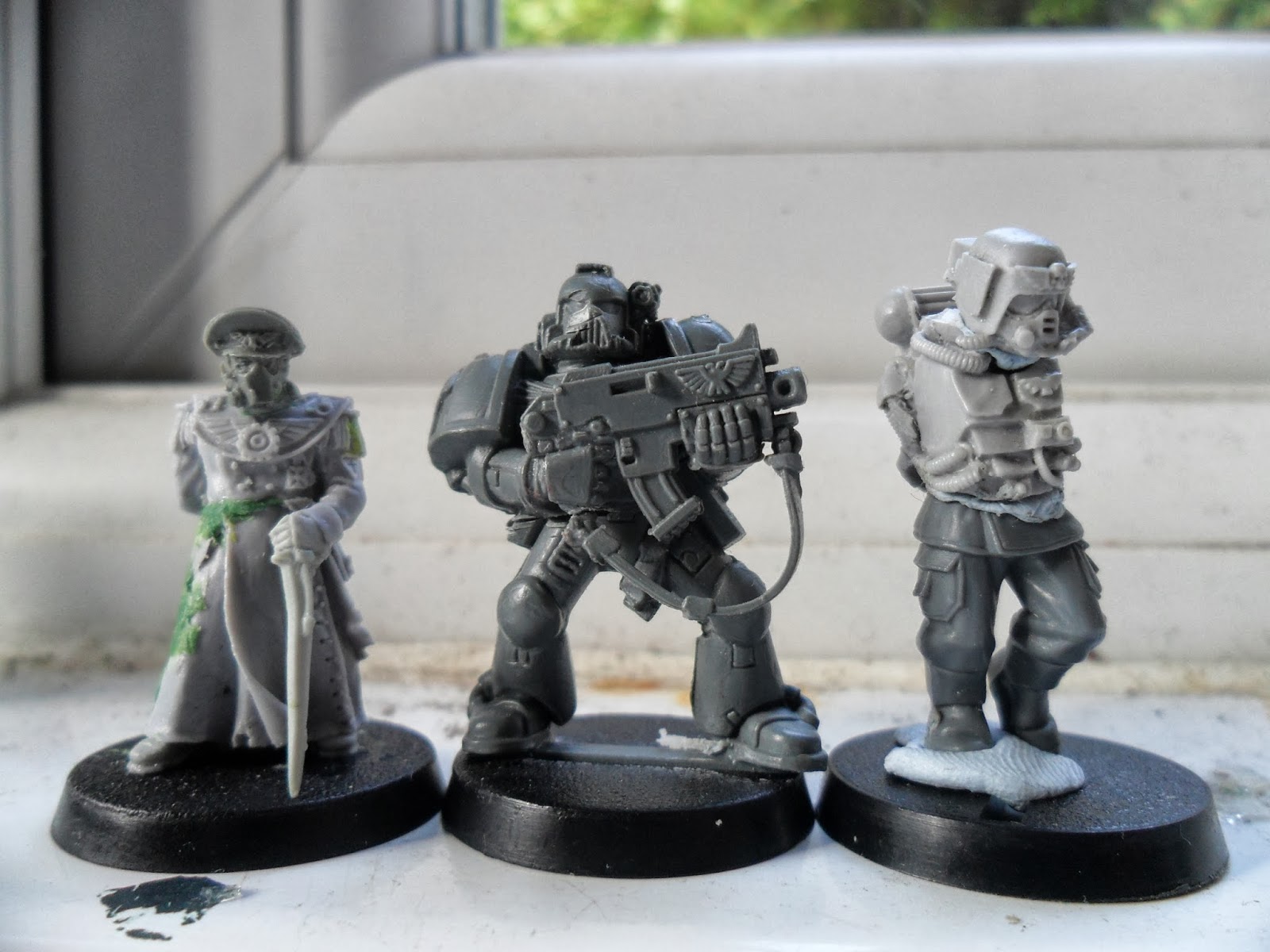 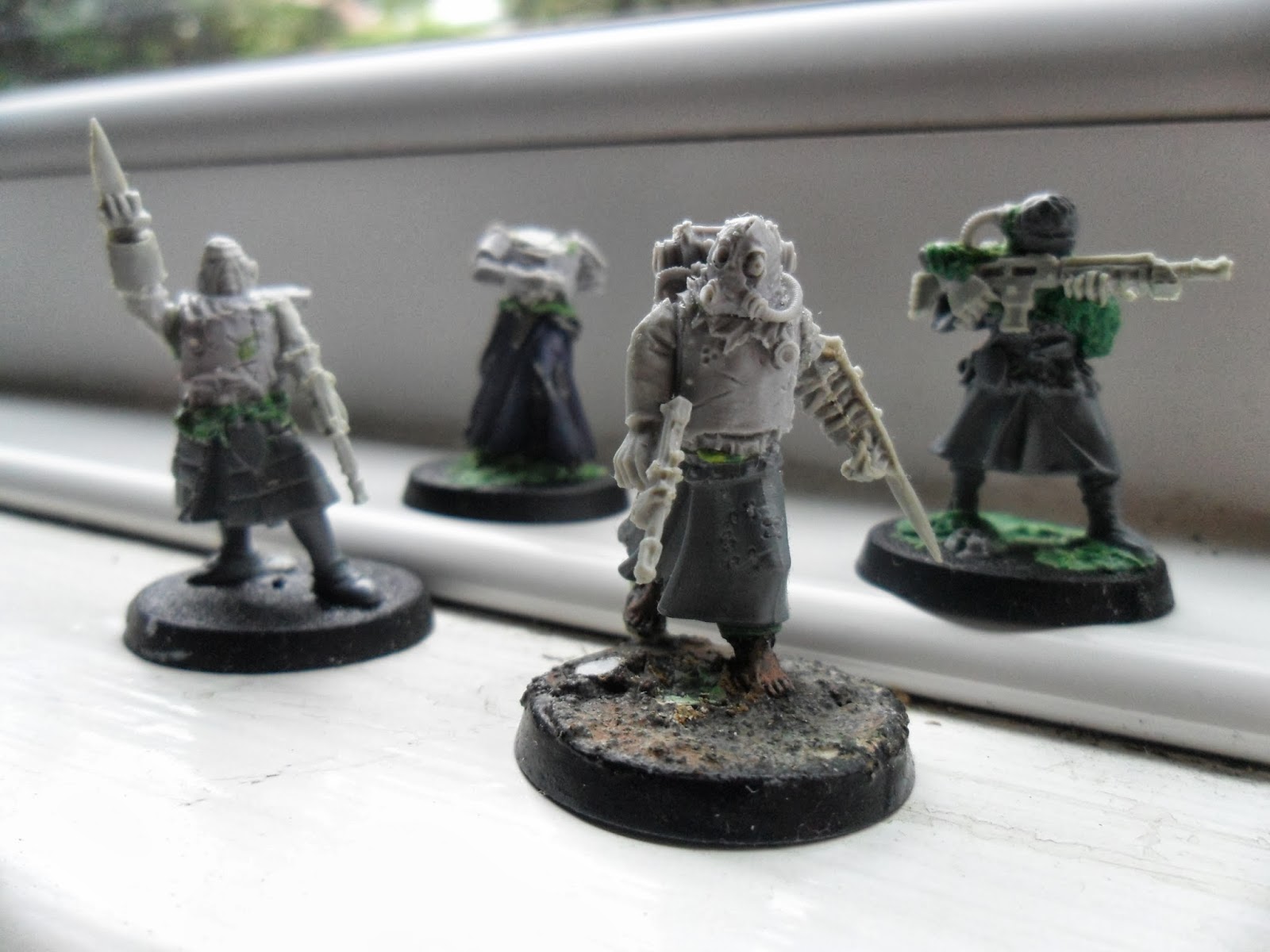 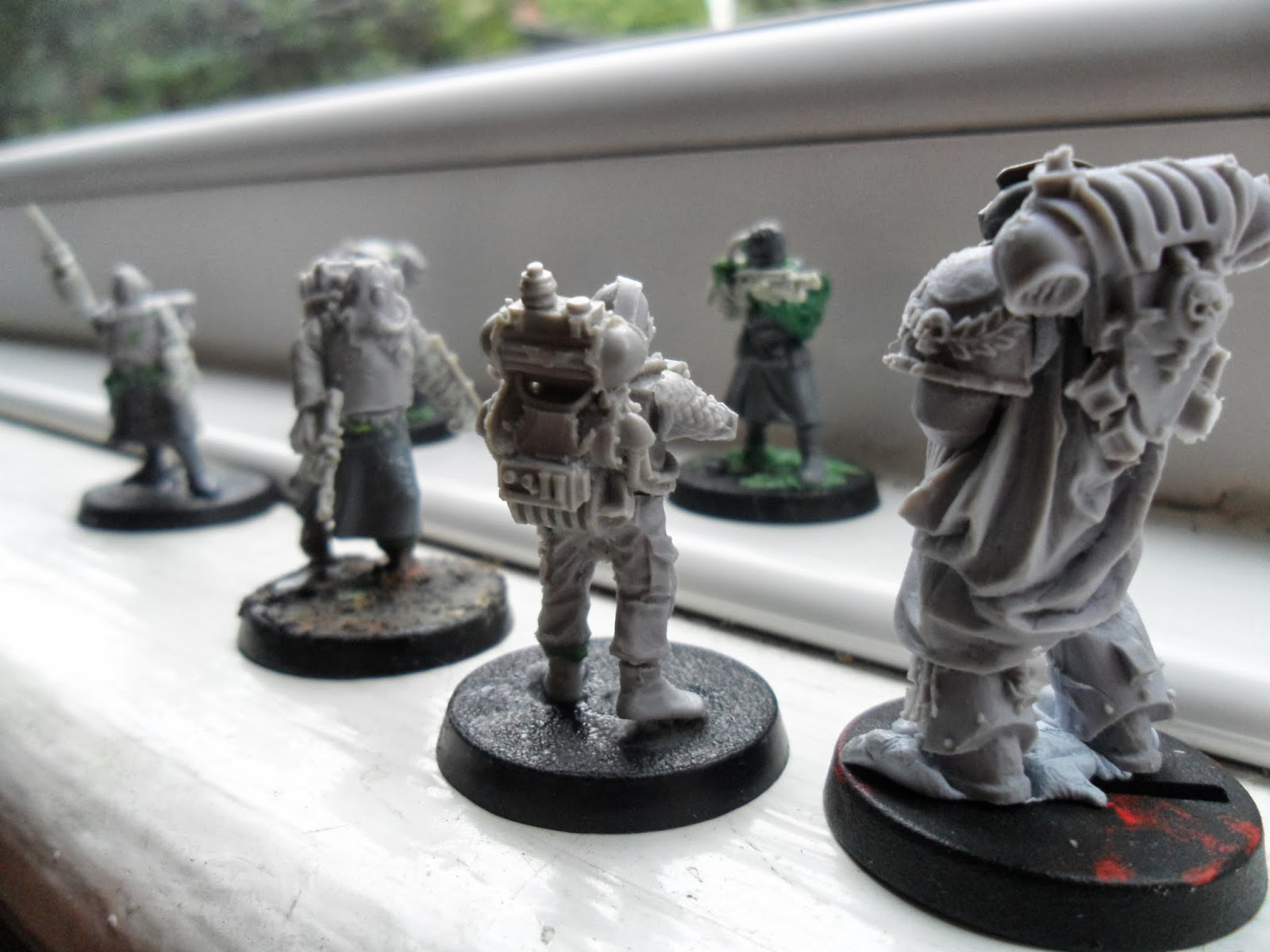 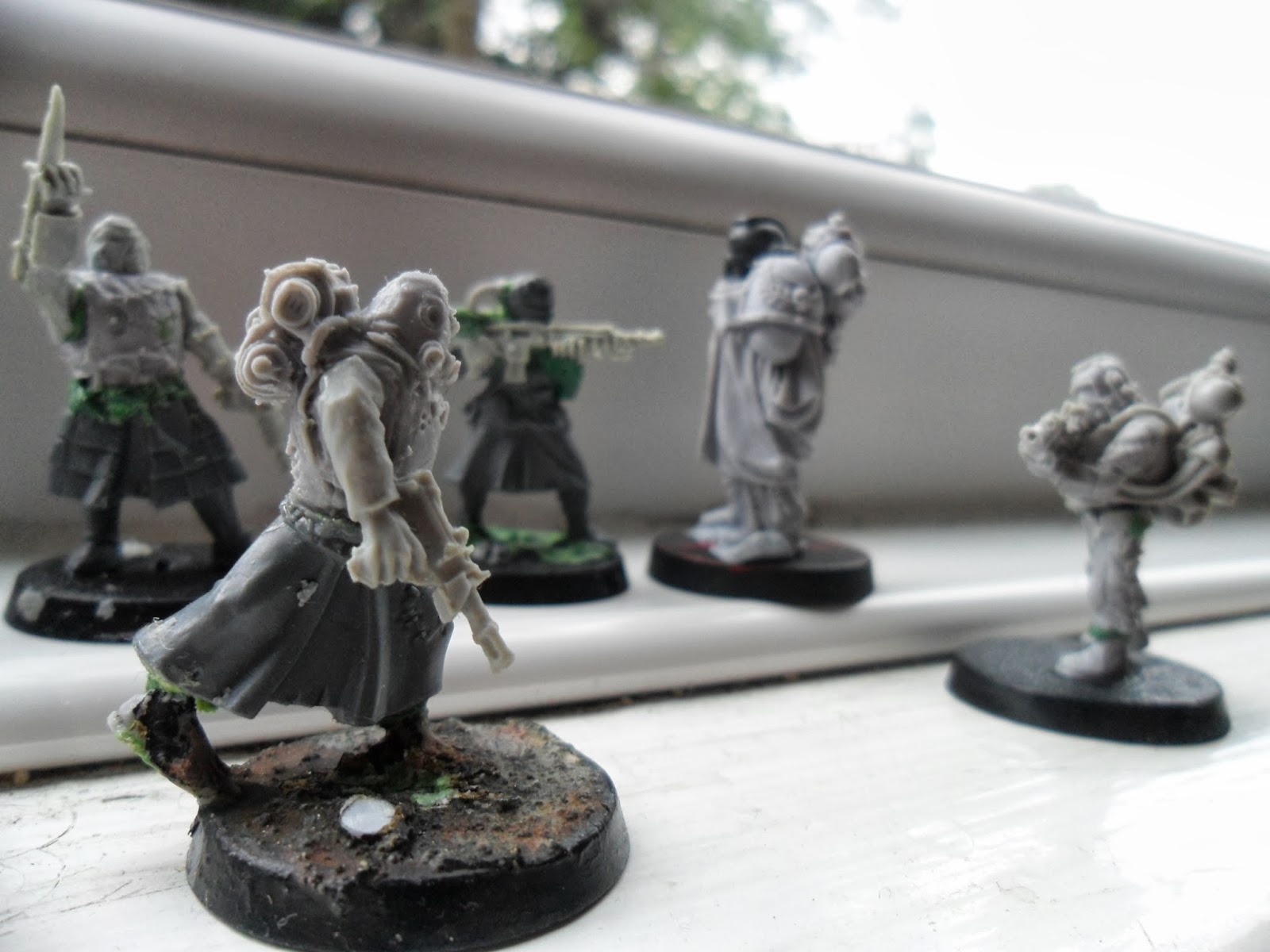 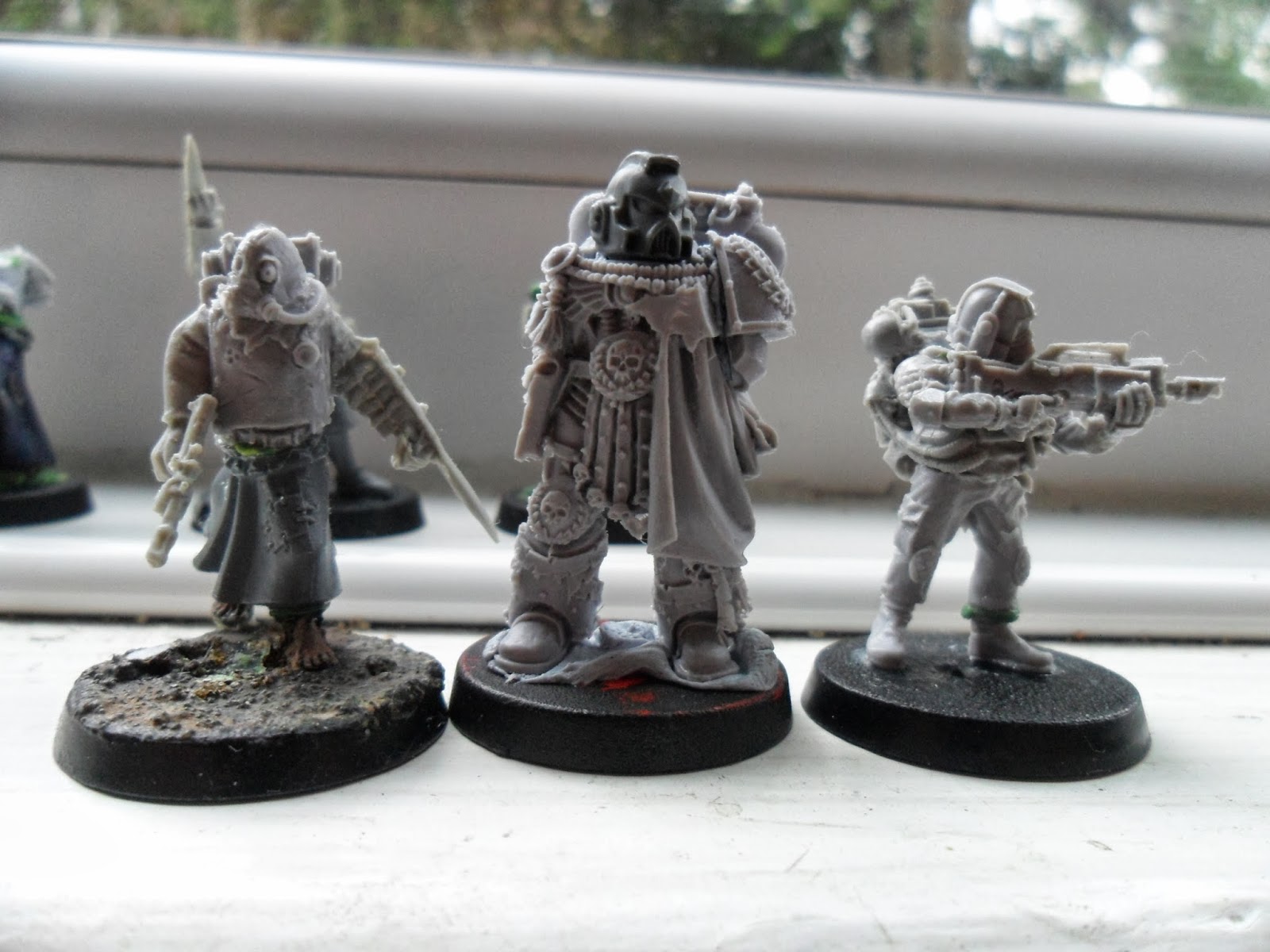 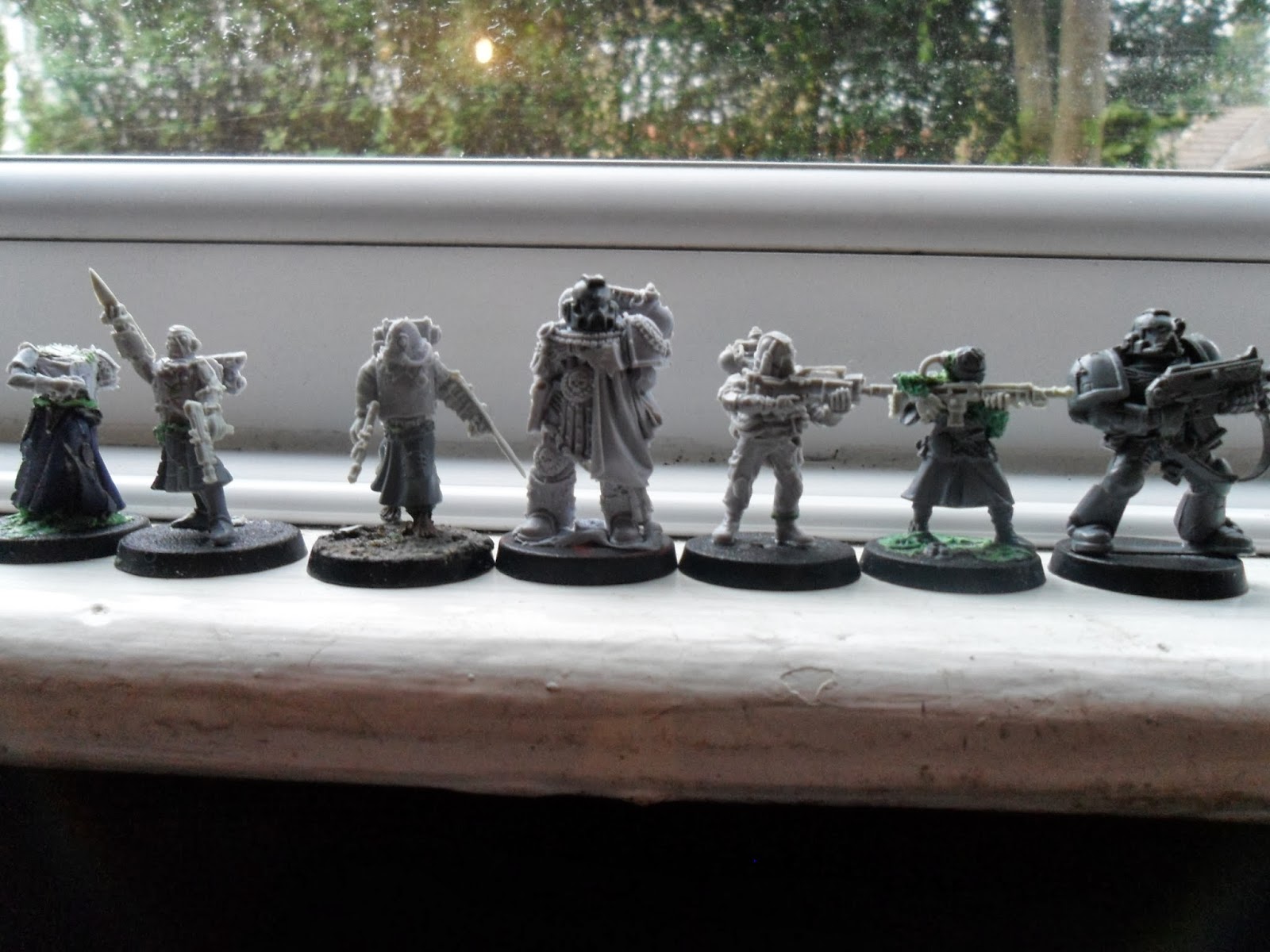